Niagara Falls, On – Entertainment Tonight Canada has announced that author, television star and multi-platinum recording artist Demi Lovato (@ddlovato) has joined the powerhouse lineup for its 5th annual ‘New Year’s Eve at Niagara Falls’. The two and a half hour coast-to-coast countdown, which saw record-breaking attendance numbers last year, is hosted by Cheryl Hickey (@CherylHickeyETC) and Rick Campanelli (@RCampanelliETC), with the help of Sangita Patel (@Sangita_Patel). The show kicks-off at 10pm (local time) on Global.

Warming up the crowd will be JUNO Award-winning folk rocker Serena Ryder (@serenaryder), followed by a performance by multiple award-winning Canadian rock group Sam Roberts Band (@samrobertsband). Demi Lovato will send Niagara Falls – and “lovatics” everywhere – into a frenzy as she closes the show with an emotionally-charged performance.

“I love my Canadian fans and can’t wait to ring in the New Year with them in Niagara Falls!” said Lovato. “I am honoured to be a part of this event and to be performing for my fans on such a special evening.” 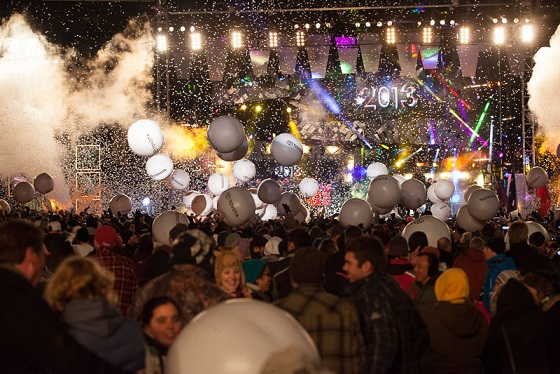 “Global boasts the only nationally televised Canadian New Year’s Eve event and this year’s show, with its blockbuster lineup, is our most elaborate celebration yet,” said Barb Williams, SVP of Content, Shaw Media. “The ground-shaking performances, coupled with the unmistakable backdrop of one of Canada’s world-renowned natural wonders, will keep viewers in awe and on their feet all night long!”

Last year’s ‘New Year’s Eve at Niagara Falls’ peaked at 12am with 2.0 million viewers with a total reach of 5.0 million (2+, national) tuning in, while the annual event itself attracted a record-breaking 65,000 people to Queen Victoria Park in Niagara Falls.

Event partners include The Niagara Parks Commission (Host Sponsor) and The City of Niagara Falls. For more information about attending the event, log on to the NPC’s website atwww.niagaraparks.com/nye.