You have to admire the work ethic of a person with as many odds stacked against him as Peter Jackson.  Making it in the music industry is a tough go for anyone let alone a white rapper from suburban Canada. His hard work and dedication to perfecting his craft may just be starting to pay some dividends.   Jackson over the course of a rugged few years of touring has shared stages with some industry heavyweights including  D12, Naughty By Nature, Slaughterhouse, Ghostface Killah, D-Block, Akon and Snoop Dogg as well as Canadian acts Classified, Maestro, Kardinal, JRDN and Karl Wolf.

Jackson’s self promotion has helped contribute to his ever-growing fan base through the web documentary series “Inside the Music”.  The series of 8-10 minute episode helps viewers gain insight into the daily  grind of being Peter Jackson.  A full length documentary of the same name is in the works to help fans gain greater insight into the artist’s life and creative process.

Jackson’s latest effort, the “Fresh Start LP”  (released in late 2012) went through a name change in its infancy. The projects initial title  “Inside The Music”(continuing with the theme of the documentary series) was scraped early on thanks to changes in both business, and Jackson’s personal life, combined with new musical aspirations that called for a fresher, more relevant title . “I found myself making records that were sounding the same” Jackson says, it was time for a fresh start. 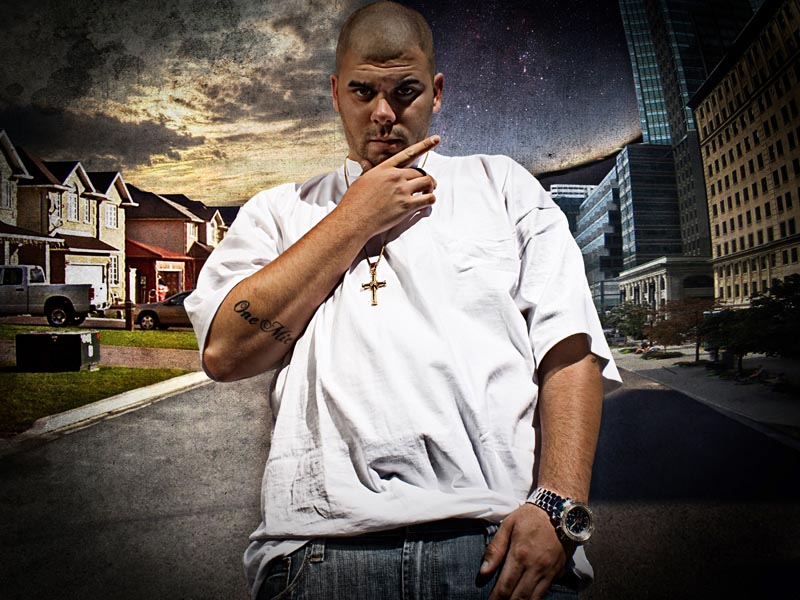 Building industry connections is one of the most important things a Canadian artist can do, and translating them into opportunities is a skill Jackson seems to have mastered.  One of the stongest relationships at his disposal is with rap super group D-Block.  In a recent interview with Awesome Canada Jackson described the relationship in one word “Family”.  A strong pronouncement but an accurate description of the working and personal bond that now exists.  D-Block have helped open the door for Jackson’s first American tour , a 22 date venture through the north-east United States set for 2013.  Collaborations between Jackson and members of D-Block have helped solidify Jackson’s place among the elite in Canadian Hip Hop.

Jackson’s industry reach doesn’t end there, his up coming mixtape “Good Company” is set to be executive produced by Young Money Cash Money’s Tyga and So So Def.  The tape will feature appearances from some of the greatest names in raps past, present and future allowing Jackson to prove what he can do among the elite . “I wanna use the mixtape to show  i belong on that level” Jackson said, and belong he does.

Peter Jackson is one of the freshest Hip Hop voices to come out of the great white north in the better part of a decade. His work ethic and drive for perfection have garnered him respect from some of the music industries elite players on both sides of the border and the buzz surrounding his potential is gaining much deserved momentum.  If you haven’t heard of Peter Jackson, you will soon.

If this is your first introduction to Peter Jackson, check out his Reggae influenced,  Hustle From Born ( Hustler ) – Peter Jackson feat Trinity Chris .