On Monday, Barrie Fire and Emergency Service (BFES) and Simcoe County Fire Departments launched Fire Prevention Week with a first-ever flash mob performance in the City Hall courtyard.  More than 100 kids, parents, firefighters, city staff and enthusiastic onlookers participated in the event that also featured pyrotechnics, Barrie firefighters rappelling from the roof of City Hall and even a zip-lining Sparky the Fire Dog.

“I’m extremely proud of our team for the creativity they invested in this spectacular performance,” said Barrie Fire Chief John Lynn. “We set out to create a unique and entertaining event that would get people excited about fire safety, and we certainly achieved that today. I would like to thank TVOKids and our sponsors Kidde Canada for participating in today’s event and helping make our vision a reality.”

Dozens of community groups and residents came together to participate in the flash mob performed to a fire safety song with a funky beat.  Barrie Mayor Lehman was joined by the Simcoe County Fire Chiefs Association, Georgian College, Collier Place Senior Centre and local firefighters from across Simcoe County, who all grooved to the music and entertained the crowd. 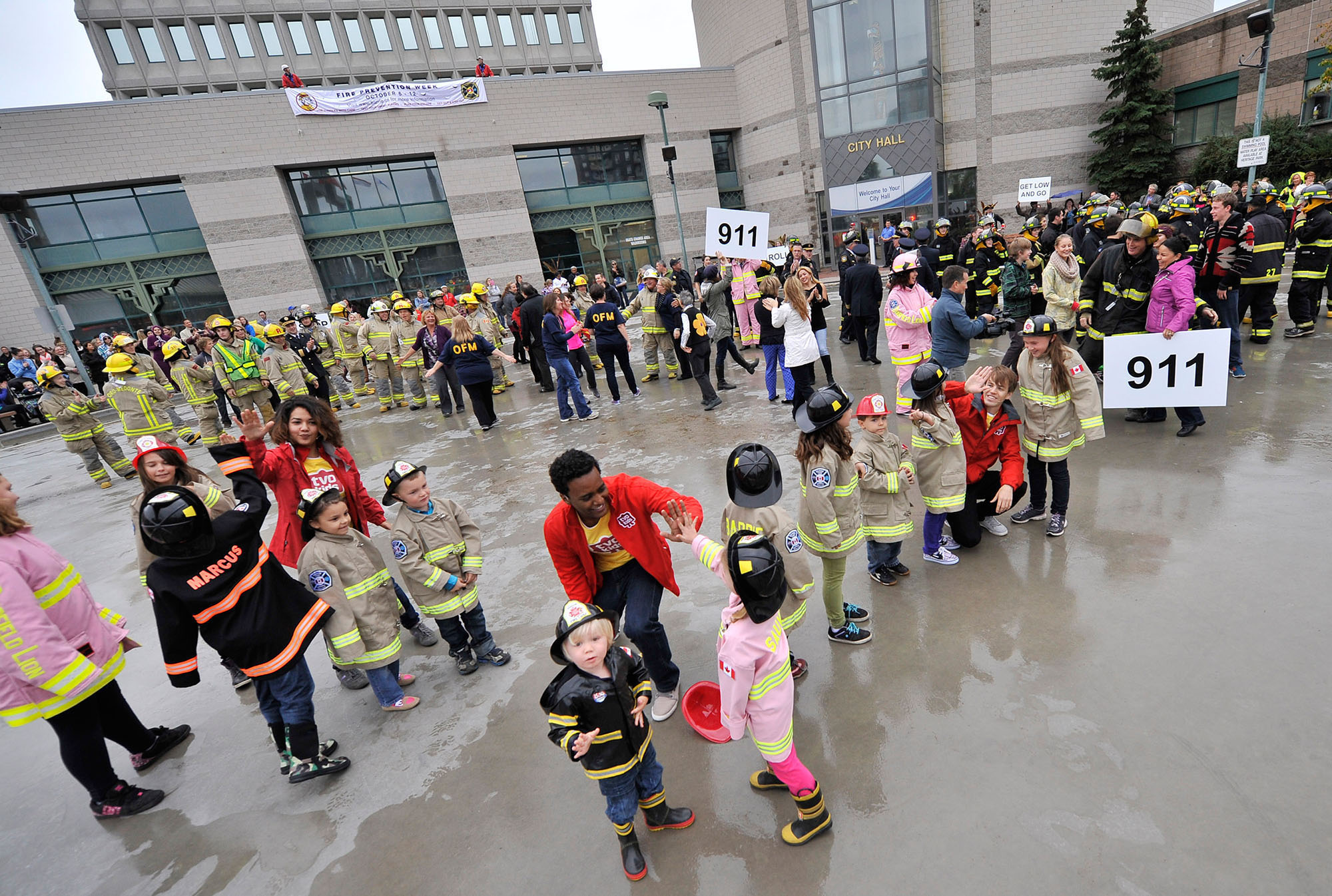 “Increasing the awareness of fire safety prevention at an early age is smart,” says Carol Heller, a home safety specialist for Kidde Canada.  “We are always thrilled to team up with Barrie Fire and Emergency Service on projects that showcase fire safety in such a unique and exciting way.  By reminding kids and parents to test their smoke alarms monthly and replace them every 10 years, whether battery powered or hardwired, lives can be saved.”