Over the past few years Blackberry has witnessed failure followed by more failure as the former giant has watched their stock prices plummet.  Many may argue that with the release of the Q10 and the Z10 that Blackberry has garnered both new support and momentum, but the reality is the new handsets were not the blinding success the Waterloo, Ontario based company needed. 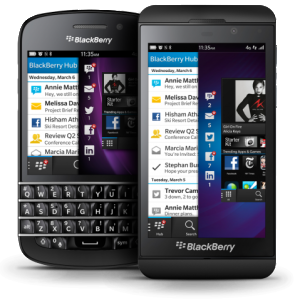 The company’s start in the mobile world came as a provider of corporate mobile solutions, and a return to their roots may be the companies next best play.  To date, despite their failures as a consumer hardware manufacturer  Blackberry remains the most popular business solution provider in the world.  Some of the largest corporations around the globe use Blackberry services in order to manage their corporate mobile strategies.

Buried under reports of declining sales, failed marketing strategies, and a declining user-base lies a single report that has the potential to pull the former Tech Giant out from under their own rubble.  That little piece of paper makes a case for Blackberry’s relevancy, over the past quarter there has been a 32% increase in the companies server installations.  This shows that more companies are relying  on the business infrastructures designed by Blackberry than at anytime in the recent past.

Reports in recent weeks have Blackberry considering offers that would see the companies sale and probable exit from Canada.  Many of the tech worlds largest players and corporations including  Google, Cisco, and SAP, have all showed keen interest in acquiring the company.

However, Blackberry does have another alternative.  By abandoning their manufacturing wing and concentrating on the development of newer, better infrastructure technology, Blackberry could (emphasis on could) once again regain their status as a tech giant.

If adoption rates are anything to go by, businesses around the world trust Blackberry servers with their corporate security.  The recent release of Blackberry’s cloud-based Enterprise Mobile Management system shows that the company is putting at least a little effort into keeping their business infrastructure division afloat.

The new software allows corporations to manage masses of Blackberry, Android, and iOS devices.  The benefit of the new software is the fact that it works independent of a server, meaning that you get Blackberry Server-like security features controlled through the cloud.  Alternatively, Blackberry claims it will continue to provide its server-based security systems.

The cloud system will allow them to target smaller businesses that are either unwilling or un able to invest into large server infrastructures yet still are looking for simple corporate security.  The cross-platform compatibility means that even if Blackberry’s device manufacturing division continues to fail, the company can retain their corporate user base.

Hopefully, a Canadian corporation will either buy or invest in Blackberry to allow them to remain Canadian.  It would be a real shame to see a US or European  firm take ownership before Blackberry spreads their new wings.