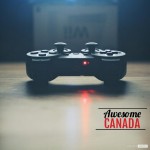 You wouldn’t necessarily buy a console for a game. But The Legend of  Zelda’s a different ballgame altogether. It is easily  one of the most anticipated games set to be released in 2016. Its legacy turned 30 a few days ago, and it’s 19th installment is set to spark major changes in the series gameplay. The game has been in development for almost 4 years.

If there’s any game that will sell the Nintendo Wii U, it’s The Legend of Zelda. Come with us, let’s dive deeper into the greatness of Zelda legacy, and why the Mario maker has all its hope on it.

Persona 5, Final Fantasy XV and The Legend of Zelda are the 3 games everyone has been waiting for. But this Zelda edition is arguably the most special. This installment of Zelda is quite different from the other 18 you might’ve played before. Here’s why:

Can the Legend of Zelda save Nintendo?

Nintendo sold almost 100 million consoles in 2014. And from that first 100 million sales plummeted to 10 million the next year. That’s a straight 90 million drop!

Nintendo isn’t talked about. It’s all Xbox one and PlayStation. Major publications though are writing on “Wii U’s Lost Year.” But Nintendo’s coming back in 2016, riding on the back of Star Fox and Zelda. And we can’t wait for it!