Ever since the LG G5 was announced at Mobile World Congress back in February, Canadians have been waiting in anticipation for the release date. It has recently been announced that it will be April 8th 2016.
For those who are unaware, the LG G5 attracted a number of accolades at the show, and reviewers have been singing its praises ever since. This is in part down to the fact that it boasts a modular design, which makes it an incredibly flexible phone to use. Companion devices will enable you to extend the functionality considerably, whilst ensuring that those who do not wish to use the more unique features (360-degree photos and videos) will never have to pay for them.
Unusually for a high calibre smartphone release, the LG G5 will be available at all major carriers right off the bat. This includes:
• Bell
• Eastlink
• Fido
• MTS
• Rogers
• SaskTel
• Telus
• Videotron
• WIND Mobile

If you wish to choose your own carrier, you will also be able to pick up an LG G5 from the release date at places including Best Buy, Costco and WIRELESSWAVE.
Those who obtain their phone directly from one of the major carriers can look forward to some pretty nifty bonuses. Right now, the vast majority of these carriers are working closely with LG to offer a ‘preorder deal’, so if you have had your eyes on this phone for a while, you may as well go and snap it up now. You are not going to find better deals than right before it is about to launch. 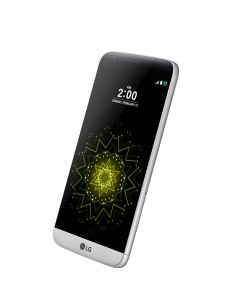 As I mentioned at the start, a lot of the focus of this device has been on the modular design, and this is something which works incredibly well. These modules are known as ‘LG Friends’ and you will be able to pick a few up from release date. Unlike a few other smartphones on the market, this one has been built to last too. If the battery is running low, or has completely died, you can easily slide the battery out and put a new one in there. You do not have to worry about fiddling with screwdrivers and the like (i.e. there will be no voiding your warranty)

There are two cameras lenses on the rear of the device. Both of which perform a different job. This means that the LG G5 is perfect for those people who just love snapping photographs with their smartphone.

Honestly, based on reviews, this is shaping up to be a pretty nifty phone. I, for one, look forward to the launch of the device at the start of April. You should to, particularly if you are in the market for a new phone.