Before dismissing the film outright because of a “hate” for Justin Bieber’s music remember there is more to any story than just what appears on the surface.

Never Say Never chronicles Justin’s journey from a young child with some talent and a plastic set of drums through his transfomation into one of the biggest superstars in the world of music.  He truly is a great Canadian success story and regardless of the negative media surrounding him of late he is one of (if not the) biggest export Canada has ever produced.

The documentary follows him in the ten days leading up to his sold out show at New York’s historic Madison Square Garden. Never Say Never blends interviews with his family and some industry heavy hitter associates along with concert and family video footage to tell the story of how a kid from small town Canada became an international pop icon.

While many are not fans of his music the story is about more than just Justin’s teenie bopper hit singles. It help viewers get behind the scenes of what it is really like being a teen sensation and sheds some light on the struggles many young stars deal with, from family pressures to growing up in a cut throat industry.

Never Say Never may not be everyones’s first choice to watch but any music lover owes it to themselves to give it a shot. 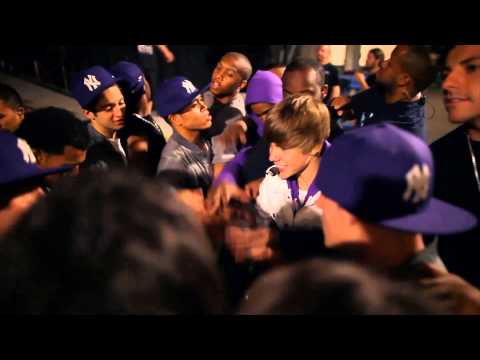