Canada has a storied history of great track athletes, Mighty Jerome is a documentary chronicling the life and struggles of one of the first world-class sprinters the country ever produced, Harry Jerome.

At the age of nineteen In 1960, Harry Jerome was the fastest man on Earth.  The Canadian sprinter had run the 100-metre sprint in ten seconds flat officially, although those who were close to Jerome question the actual time.

Jerome was the subject of harsh media scrutiny during his racing days most of which was undeserved.  The somewhat cocky runner was a magnet for serious (and at that point in medical history)  largely misunderstood injuries.   His final return to competitive racing was against impossible odds and  described by his coach as “the greatest comeback in track and field history.”

Jerome, the child of a black father and white mother was often caught in the middle of the racial issues of the time while not being truly accepted on either side of the debate.

A combination of archival race footage and interviews, melded seamlessly with dramatic re-enactments and insightful interviews with those who knew Jerome best make the film an extremely entertaining hour and a half.  A tribute to an inspiring individual, Mighty Jerome delves into issues of race, nationalism and perseverance through the accomplishments of one of Canada’s finest and fastest athletes.

Charles Officer’s feature length documentary is a powerful and moving biography of a forgotten hero of Canadian sport.  Mighty Jerome is one of the most informative and insightful tales about a Canadian athlete from a dark era in our history ever captured on film.  Netflix Canada has hit a home run adding this great documentary to their catalogue. 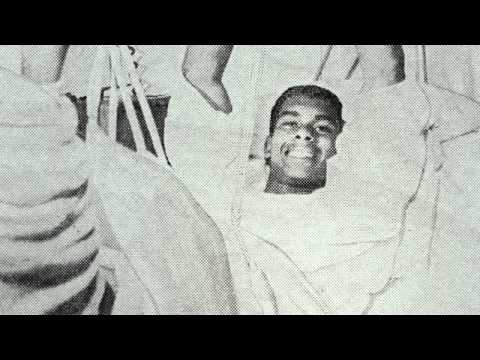