As a baseball fan of over 20 years, I’m pleased to say that my introduction to the game of baseball came during the 1993 World Series between the Toronto Blue Jays and the Philadelphia Phillies. I will never forget Joe Carter’s gleeful expression as he leapt around the bases after his walk-off Home Run against Philadelphia closer Mitch Williams. This home run clinched back-to-back World Series titles. For Blue Jays fans, all seemed right with the world.
Then the Toronto Blue Jays proceeded to have a 22-year postseason drought. Many baseball insiders thought that the postseason drought extended to 23 years.

Instead, the Toronto Blue Jays powered their way to a 93 win season and a trip to the American League Championship series. It was good to hear above-average decibel noise in the Rogers Centre once again in the month of October.

There is no question that the mouths of Blue Jay fans are watering in anticipation of the upcoming season. I believe that the AL East is theirs for the taking. Other than strengthening their bullpen with the signing of Aroldis Chapman, the New York Yankees are still dealing with a makeshift starting rotation and an unreliable batting lineup.

Meanwhile, opposing pitchers as well as the baseball world should still be very afraid of the 1-2 combo of Jose Bautista and Edwin Encarnacion. Bautista and Encarnacion notched 40 homeruns and 39 homeruns respectively last season. Both sluggers are in their mid-30s and headed for free agency. Therefore, there is no question that both of these men will be motivated due to the fact that they are playing for big-time contracts.

Another source of the Toronto Blue Jays batting power will come from 3B Josh Donaldson. Donaldson notched 41 homeruns and an AL-leading 123 RBIs. Bautista, Encarnacion and Donaldson are the heart and soul of an offense that scored a league-leading 891 runs in 2015.

The Blue Jays’ have placed Marcus Stroman as their ace on the heels of a strong late-season return after his ACL injury. Stroman was 4-0 with an ERA below 2.00 in his last four starts in 2015. He has backed that up with a strong performance during spring training.

R.A Dickey has always been an innings-eater. Now it appears that J.A Happ could be placed in that category too. J.A Happ posted career highs in innings pitched (171) and strikeouts in 2015.

The Blue Jays have the added bonus of having a full season of Troy Tulowitzki and his above-average fielding prowess at the shortstop position.

Expect the Toronto Blue Jays to be beasts of the American League East again. I feel this powerful lineup will carry this underrated pitching staff to another long season that will extend into October.
Perhaps, the Blue Jays may reach the finish line in November after all. 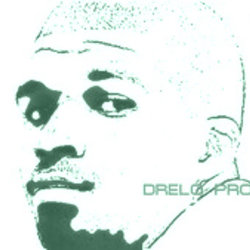