TVO announced the five finalists in TVO’s second annual short documentary competition the TVO Doc Studio Contest on Monday. Under the theme of Poverty in 5, entrants from across Ontario were asked to submit films that challenge society’s perceptions of poverty in five minutes or less. Led by renowned producer/director Shelley Saywell, a jury of esteemed Ontario documentary filmmakers determined the shortlist of five films. And now it’s in the hands of the public to choose their winner by voting online.

The contest engaged a wide range of people, from aspiring filmmakers and those directly affected by poverty, to students from elementary to post-secondary levels. Submissions told compelling stories, such as seniors impacted by poverty; homeless men who commit crimes so they can get into jail – and off the streets; a filmmaker’s criticism of banks; and poverty from the eyes of grade-school students. The jury, which included Lalita Krishna, Manfred Becker and Min Sook Lee, were impressed as much by the ideas expressed in the films as by the innovative filmmaking demonstrated in the submissions.

“The jury and I were really looking for a different approach to the issue of poverty, and in watching the films we saw that participants understood that. We were prompted to question our own definitions of poverty,” says Shelley Saywell, TVO’s featured filmmaker. “TVO’s Doc Studio Contest has given people a valuable platform in which to have their say on an issue that affects so many of us, and has also made the art of filmmaking very democratic.”

The public can view the five films and vote on their favourite until March 18 on the TVO Doc Studio voting page. The winning film will be announced on the Doc Studio site on Monday March 25. The winner will see his or her documentary aired on TVO, receive a pass to the Hot Docs Film Festival, and a day-long mentorship session with Shelley Saywell.

The five finalists are:

I Am Excessive Wealth
Directed by Adam Corrigam Holowitz (London)
I am Excessive Wealth takes a satirical look at wealth distribution trends in Ontario. The film’s main character, Excessive Wealth, tries to convince the world to keep the poor “locked in their station” with suggestions like trying to be born poor, stripping unions of power and cutting social services.

Make It a Priority
Directed by Doug MacDonald (Woodstock)
Against a simple backdrop of stats and facts, Grade 6 students explore why poverty exists. Through impassioned “rants,” the students contrast the Western world’s ease of access to the necessities of life to children around the world who struggle every day to get food, education, water and healthcare.

Poor Ink
Directed by Vince Vaitiekunas (Toronto)
Exploring “where” poverty takes hold, Poor Ink takes viewers to a tattoo shop at the corner of Queen and Sherbourne in downtown Toronto and introduces three individuals who share the physical and emotional impact of poverty on their lives.

Food for Thought
Directed by Luis Cornejo (Toronto)
Filmed in two very different kitchens and focusing largely on images of food, Food for Thought is a visually rich and creative take on the socio-economic divide, comparing the meals prepared by a wealthy couple and a poor family. 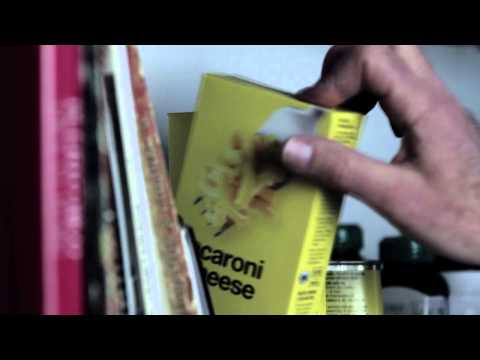 4 Kids
Directed by Craig Conoley (Ottawa)
Mixing poetry, performance and documentary, 4 Kids examines poverty through the prose of Just Jamaal, a slam poet and hip hop artist from Ottawa. As an early childhood educator, night-shift caretaker, part-time artist and father of four, Jamaal is a testament to the pride that can exist despite one’s circumstances and the power of art to liberate oneself from those circumstances.