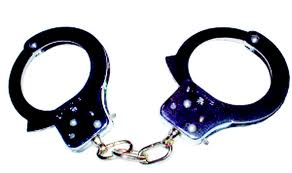 On March 13th, 2013 in Newmarket, ON, Afshin Dastani, age 34, of Vaughan, ON, was sentenced to two years less a day in custody and two years of supervised probation for his role in a criminal ephedrine exportation, money laundering and fraud operation. Mr. Dastani plead guilty to: unlawful exportation of a controlled substance: to wit ephedrine; Laundering the Proceeds of Crime; Possession of the Proceeds of Crime over $5000; and Fraud over $5000.

The investigation began in May, 2010 when the RCMP GTA Drug Section executed a warrant at Dastani’s residence and seized in excess of $990,000 cash as well as evidence of offences contrary to the Controlled Drugs and Substances Act and the Precursor Control Regulations. The residence had been modified for the repackaging of ephedrine tablets for exportation to theUnited States, Europe and Australia.  Investigation revealed Mr. Dastani was overtly operating an internet-based business that yielded substantial profits from the unlawful exportation of ephedrine sales from 2007-2011. Mr. Dastani was using a sophisticated method of laundering the over $3 million in proceeds of crime generated from his illegal ephedrine distribution network.

As part of his sentencing, Mr. Dastani forfeited all remaining proceeds of his illegal ephedrine exportation business, including: $990,420 Canadian and $263 United States currency; a $354,000bank draft; $294,000. in funds that were used to purchase two residences; and almost $200,000 that was contained in three other bank accounts.  Mr. Dastani also relinquished any claim to over $3 million in funds that was deposited into bank accounts that was under the control of a law firm.

“Working collectively enhances our efficiency in the identification and detection of complex criminal activities,” stated RCMP Inspector Mark Pearson, the Officer in charge of the TorontoIntegrated Proceeds of Crime Unit.  “As greed and amassing illicit wealth is a central motivator for many crimes, following the money is a fundamental principle for criminal investigators to apply to ensure that crime is disrupted. Bringing those who violate the law to justice and confiscating their enrichments aids in the prevention future crime, enhances respect for the law, and contributes to maintaining a just, peaceful, & safe society.“

Dastani has been released pending appeal.

Anyone with information regarding criminal activity is encouraged to contact their local police, the RCMP at 1-800-387-0020 or Crime Stoppers at 1-800-222-TIPS.