A University of Waterloo graduate with a passion for hockey has invented a spring-loaded skate that may improve performance and help prevent injuries.

Waterloo Engineering alumnus, Jeffrey Azzolin, developed Bladetech hockey skates after noticing that some skates on the market boast increased speed due to their lighter construction. He created a new technology in the form of a spring-loaded blade that allows skaters to go even faster and protect against injuries as part of a design project during his mechanical engineering degree.

“Hockey was my passion and I saw a need on the market for improvement,” says Azzolin, a former recreational hockey player. “Depending on the level of player, even a slight increase in speed can make it easier to manoeuvre into different positions quickly and develop more opportunities for scoring. So this technology could make the difference for many between a winning and a losing season.”

Professional hockey players who can’t afford to be sidelined with an injury could benefit from Bladetech skates. Azzolin says an additional benefit to the technology is that it can also prevent injuries to hips, knees, and ankles.

“The spring mechanism reduces the impact on the user’s joints to help prevent joint damage,” he said. “It also allows the player to transition smoothly from the flat-footed to the forward-angled stance, which reduces the likelihood of developing shin splits. The skates are important because people don’t take into consideration the impact on your body when you skate three hours a day every day of your life.”

The new skate has already won praise from hockey players at Waterloo, and an NHL veteran.

“I really liked the cushioning effect that the spring mechanism provided,” said former Montreal Canadiens winger, Greg Stewart. “I found that when I got older and talked to more players, the one thing that really bothered them was their knees. The constant pounding of the skate on the ice definitely takes a toll on the body and I think that having the spring mechanism will really go a long way in helping to mitigate these injuries; which are a long term effect of playing at an elite level for such a long time.”

When a Bladetech skate strikes the ice, the spring absorbs the energy that would otherwise be dissipated to the knee joint. When the player pushes off the ice at the end of the stride, the spring returns to its original position and provides the user with a propulsive force, which increases acceleration and speed.

“All the power is coming from the balls of your feet and it felt like I could really generate a lot of power in the skates and get the explosion I need to quickly come out of corners,” said Stewart, who was drafted in the fourth round of the 2004 NHL draft by the Canadiens. “I feel that coming fast out of the corners will break or make you; and it gives you that crucial extra step over the competition. So I definitely feel that using skates with this Bladetech technology will provide a great advantage.”

The skates may also appeal to older recreational players who are more susceptible to injury. He expects it to be the best injury prevention skate on the market, making it ideal for children and teenaged hockey players as well.

Development of the technology has continued since Azzolin graduated in June but a $60,000 Scientists and Engineers in Business fellowship has given it a jumpstart toward product testing and launching Bladetech Hockey Inc. The fellowship is a University of Waterloo program supported by the Federal Economic Development Agency for Southern Ontario (FedDev Ontario) to promising entrepreneurs who want to commercialize their innovations and start high-tech businesses.

Azzolin expects to complete product testing by the end of the year and hopes to see Bladetech skates available to the public in the spring of 2014. 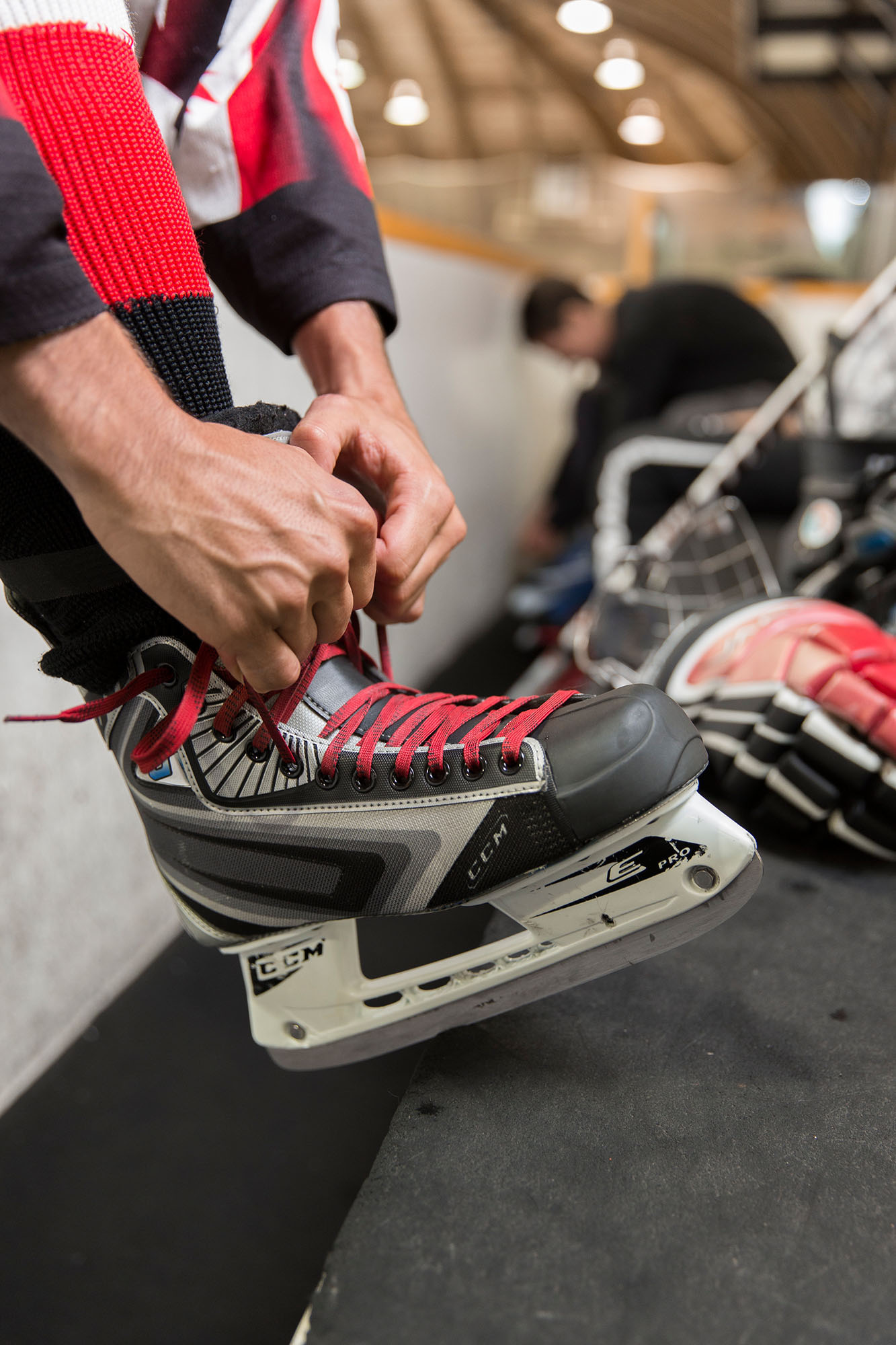