Nunavut is the least-populated territory in Canada. In fact, it has a population of a little over 30,000 in an area roughly the size of Western Europe. So, people are really going to be spread out here. However, just because it is sparsely populated doesn’t mean that there is nothing to do here. In fact, the area has quite a few activities for the budding tourist willing to brave the slightly-cold weather (or incredibly cold if you are heading here during the winter months!). This is just a highlight. 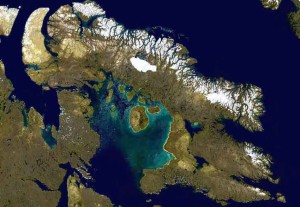 This is one of the biggest ‘tourist attractions’ in Nunavut. However, if you travel here you will barely encounter a tourist, or even see the impact that tourism has on the island (that is how few people head here!).

Baffin Island is the fifth largest island in the world. It looks very similar to Norway in some areas. So, picture gorgeous fjords and small mountains. However, the landscape across the island is incredibly varied. I won’t lie and say that this is an easy place to travel to. There are some parts of the island which can only be reached by air. However, it is a thrilling experience, particularly if you go here during the slightly warmer summer months.

A real highlight of Baffin Island is the Auyuittiq National Park, which is located in the southeast of the island. It is incredibly picturesque, with the Penny Ice Cap being one of the most photographed locations in Nunavut.

The city of Iqaluit, which is incidentally the capital of Nunavut, can be found on Baffin Island. There are a number of hotels and restaurants here, owing to its size. Many people use this as a base for exploring the region.

This National Park, located in the north of the area, is nothing short of beautiful. The entire park is peppered with glaciers, mountains, and ice fields. This is somewhere that you will really want to bring a camera.

The vast majority of people who head to Sirmilik National Park do so for the boating and kayaking opportunities. If you wish to carry out one of those activities, you are going to need to head here in mid-July otherwise it gets far too icy. 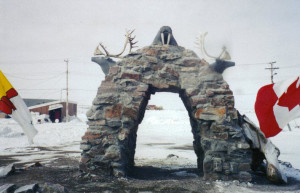 The only way in which you are getting to Repulse Bay is via aircraft. Despite the name, this is actually a beautiful location. It is very European in nature. There are a number of Inuit tour guides in the area who will take you on all manner of different adventures, many of which involve walking and taking a peek at the local wildlife. It is certainly not easy to get to, but you will be glad you came! 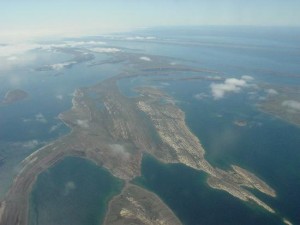 There are very few tourists who come to Belcher Islands. Those who do will be able to feast their eyes on Polar Bears, Whales, and Walruses. Since it is fairly difficult to get to Belcher Islands (due to the lack of tourists coming here), your best option is to find a tour guide. 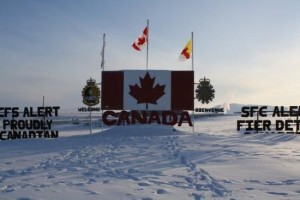 Located 508 miles from the North Pole is the community of Alert. This place has the distinction of being the most Northern place in the world which remains permanently inhabited. Just five people live here. However, it is a military area so expect to see Canadian forces and Scientists. 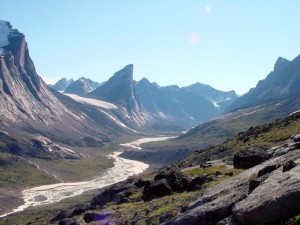 We will wrap up this list with Mount Thor. This mountain has the distinction of boasting the longest uninterrupted cliff face in the world. Each year, it attracts hundreds of tourists. This is the perfect place to head if you are a mountain climber. However, do bear in mind that you will need to take an orientation class before tackling the mountain, just for your safety!

By Ryan Gillam – Ryan is a freelance writer who has been published all over the internet.  He is a British native, and is currently living in Sweden.