Netflix has taken the world by storm as it continues to spread throughout the world making calculated steps.

It has been 6 years since Netflix took its first step onto Canadian soil. Back then, we wouldn’t have written a list like this. Most people at the time would have prefered the selection of Netflix US complete with around 12-thousand titles, than the Canada alternative with a mere 3-thousand. But times have changed, and not only does Canada have some big titles, but there are also some rare (and really good) ones.

Here are 5 movies available of Netflix Canada, you’ve probably never heard of but need to watch. We’ve made sure the movies have fared well on IMDb or Rotten Tomatoes so you can be sure, it’s just not our opinion that these movies are awesome – but  thousands of others agree with us. 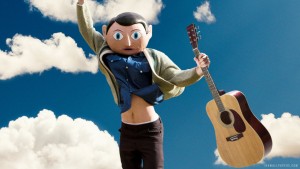 Frank is a movie about… Frank! Someone who wears an oversized mask, and never takes it off – even while taking a shower!

This dark comedy features Oscar winner Michael Fassbender, in an unmatchable performance. It follows the unusual days of a music band, with their even more unusual leader Frank (Michael Fassbender). Critics admired the quirky nature of the film. Fassbender delivers an expressive performance, with a mask on his face the whole time! The film was positively received by critics and is to date rated at  92-percent on Rotten Tomatoes.

Beasts of No Nations 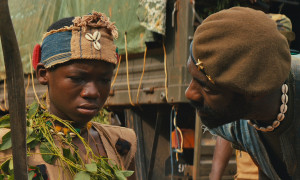 Netflix purchased the rights of Beasts of No Nations for $12 Million outright, a steal by any measure.

Beasts features a young boy (Abraham Attah), who struggles as his country is in the depths of a civil war. This is a graphic tale of the life of a child soldier that rings more true than we would like to admit. Abraham Attah won accolades for his amazing portrayal of the little boy. The film was critically acclaimed, but the Netflix deal hurt it’s box office performance. 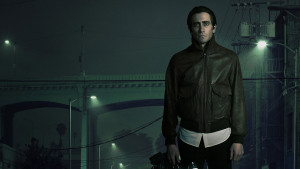 As the name suggests, the movie is shot mostly at night. The film features Jake Gyllenhaal as Louis Bloom, a former criminal who goes through the night, searching for chances to film footage of crimes . He makes off with the footage then sells it to a news channel. As he earns, similar to a lion, Bloom’s thirst for blood increases. Soon enough, he’s pushing great limits to get the money shot.

This movie fared fabulously at Rotten Tomatoes, with a 95-percent rating. Jake Gyllenhaal was highly praised, even being compared to Robert De Niro’s performance in The Taxi Driver. If that’s not good acting, we don’t know what is.

Dear Zachary: A letter to a Son about his Father

As comedian Louis CK recently quipped at the Oscars, documentary writers “are never going to be rich, till the day they die!” Documentaries aren’t nearly as popular as glitzy Hollywood movies, but some documentaries come along and never leave you the same again. Dear Zachary is one of them.

The film revolves around Zachary Bagby, who never knew his Father. His  mother, Shirley Jane Turner murdered him. She was arrested, and Zachary was left without his parents. This movie – never meant to be released – was made to serve as a motion scrapbook about his father.

It was named best film of 2008 by the Time Out Chicago, The Oregonian, Times Herald-Record, Slant Magazine and WGN Radio Chicago. And if you do watch it, be ready for an emotional roller-coaster. This is by far the saddest movie that I have ever classified as a must watch! 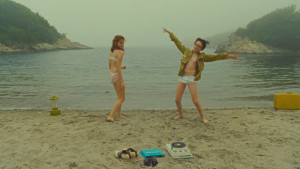 Moonrise Kingdom is about two kids, and their secret plan to run away. Based in the 1960s, Suzy and Sam are known to each other more by their writing than by actual interaction. Or to be more specific, they’re “pen-pals.” They fall for each other (not literally), and plan to run away. Running away has its own consequences, and they face it all. Featuring Bruce Willis as the Police Chief, this movie has been called a masterpiece, particularly for Wes Anderson’s fantasy-like direction.

It received 95-percent on Rotten Tomatoes, and a 7.8 on IMDb. And by sheer luck, you can also watch it on Netflix Canada.