Thanks to her incredibly infectious single “Call me Maybe” , Mission BC singer Carly Rae Jepsen received nominations for song of the year and best pop solo performance at the up coming Grammy Awards.  The song topped charts in Canada, the U.S., New Zealand, Austria, France,  Ireland, Denmark, Switzerland and the United Kingdom. It occupied the top spot  in the U.S. for nine straight weeks, achieving super hit status.

Jepsen followed with the well received full length “Kiss”, which both  proved her songwriting ability far beyond her rather simplistic yet catchy first single, and established Jepsen’s sound, rooted in ’80s new wave.

By no means did Jepsen presume Grammy recognition was forth coming.

“The Grammys, to me, has always been one of those things that you don’t  really allow yourself to dream about” said Jepsen “I never really pictured myself there. It’s kind of just been an eye-opening  year.”

Good year may be an understatment but it reflects Jensen’s rather grounded personality.

“It was really nice,” she recalls of her years before super-fame, “to feel the hunger and fight of it not working for so many years.  And really, really getting hungry, and trying different ways and putting up your own posters and hoping people would show up at your concerts.”

The week following the Grammys, she’s off to Ireland, then the U.K., Portugal,  Spain, France, Switzerland and so on until she wraps her tour April 18 in  Norway. While Jepson wont be putting up her own posters for this tour, she will be exhausted none the less from a grueling travel schedule.

The Grammys provide Jepsen with some much deserved “family time”, as she plans to bring her parents, siblings and  the necessary plus ones that come with any family gathering.

“It’s been such a chaotic year that I’m so excited to be at the awards, but  I’m actually equally excited to get some time with my family, who I don’t get to see as often as I usually did before this year.”

Not unexpectedly Jepsen doesn’t make any claims about her  chances to win an award  “maybe” she say of her chances.  That may be a fairly accurate prediction seeing how unpredictable Grammy voters can be regarding young pop singers contribution to the music scene.  Regardless of the outcome we will never forget the song that made all this possible for Jepsen, her chances of winning an award? Call them maybe. 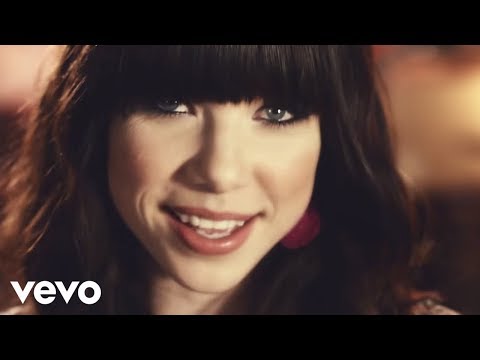