Sunday the14th of July marked the final day of “The Greatest Outdoor Show on Earth” & one of the world’s richest rodeos; the celebrated annual Calgary Stampede held in the heart of Calgary, Alberta.   The stampede ran its two week course from the 5th – 14th July with this year marking the 101st event in the stampedes history and brought in over 1.1 Million Visitors to “Cowtown” (Calgary).   There was serious doubt as to whether this iconic event would even be possible after Calgary was recently devastated by floods.   Just two weeks earlier the stampede and exhibition showground’s, as well as the rodeo infield were completely flooded and submerged under 15-feet of water as the Bow and Elbow Rivers burst their banks, leaving organizers with the daunting prospect of possibly pulling the plug on an event that is idolized by Calgarians and Canadian’s alike and draws in throngs of tourists from far and wide. 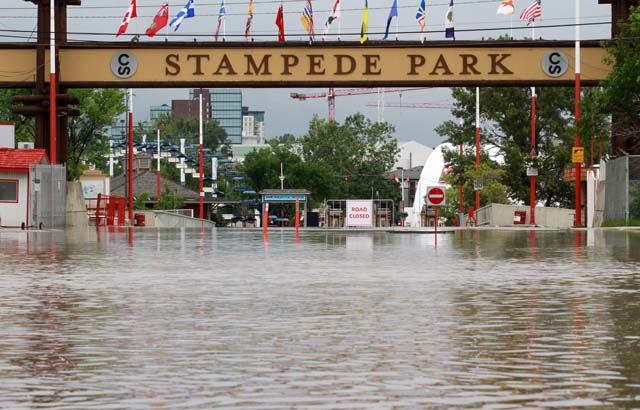 However, Calgarians pulled together, rose above the water and were not going to let the floods wash away their spirit and cancel the stampede. They declared “Come Hell or High Water”, the show must go on!! The city of Calgary and its citizens embraced this slogan. Catchy T-Shirt’s were created and put up for sale all in aid of the Southern Alberta Flood Relief. 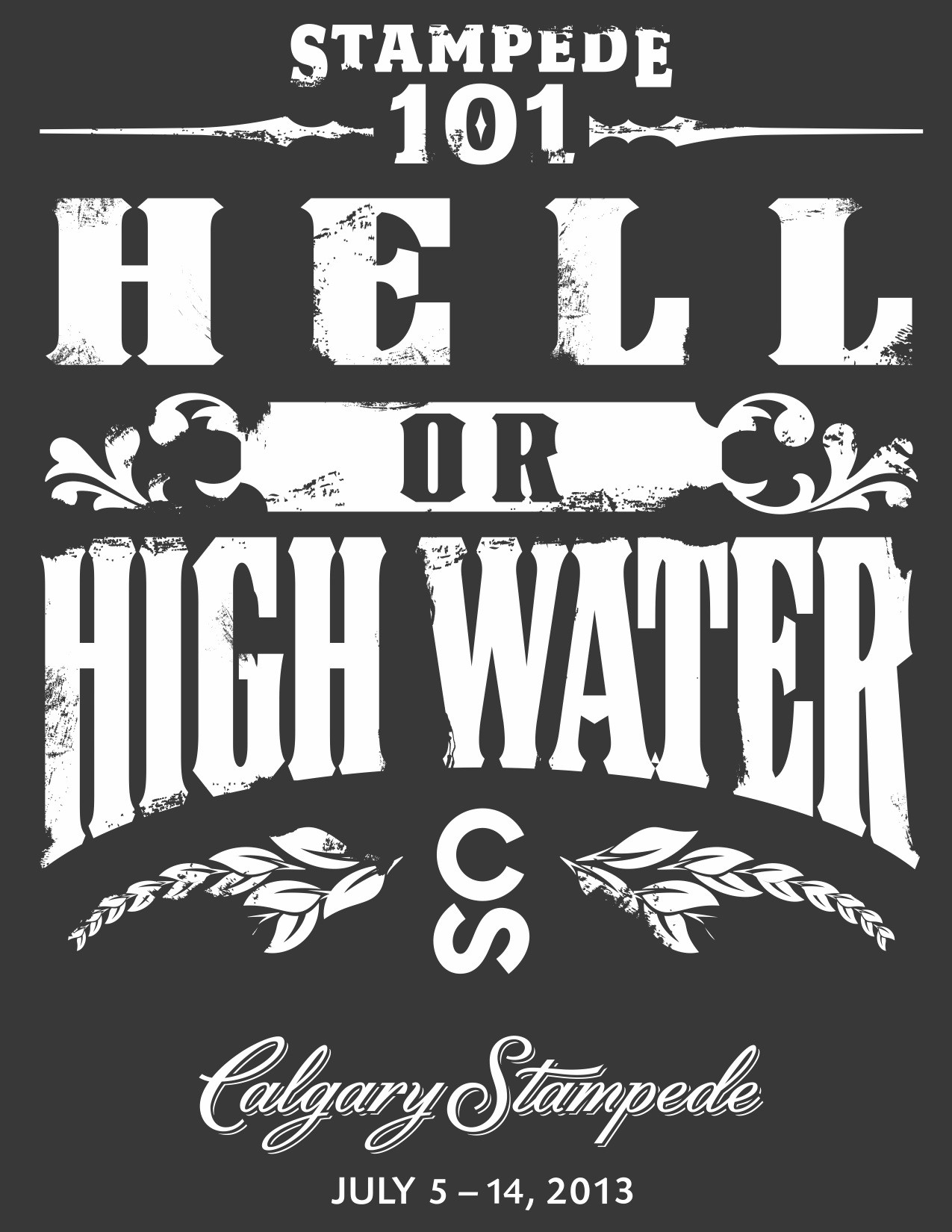 What lay ahead was a mammoth task and clean up operation with dedicated volunteers, emergency services and crew working around the clock to prepare the grounds ready for the July 5th, opening weekend.   As the waters receded, the gates at the stampede finally opened and visitors from across Canada and the world flooded in to enjoy all the festivities that make up this top-class event.

Calgary Mayor, Naheed Nenshi said this year’s event was one for the history books. “It’s really great. People are celebrating like never before. They’re celebrating what we’ve been through and what we’ve accomplished as a community,” he said.   The stampede is a chance for any visitor to embrace the western spirit, jump into their blue jeans, cowboy boots, plaid shirt and don a bandanna or Stetson Hat, kickback and celebrate the best of the west and traditions that are so much apart of the North American culture. 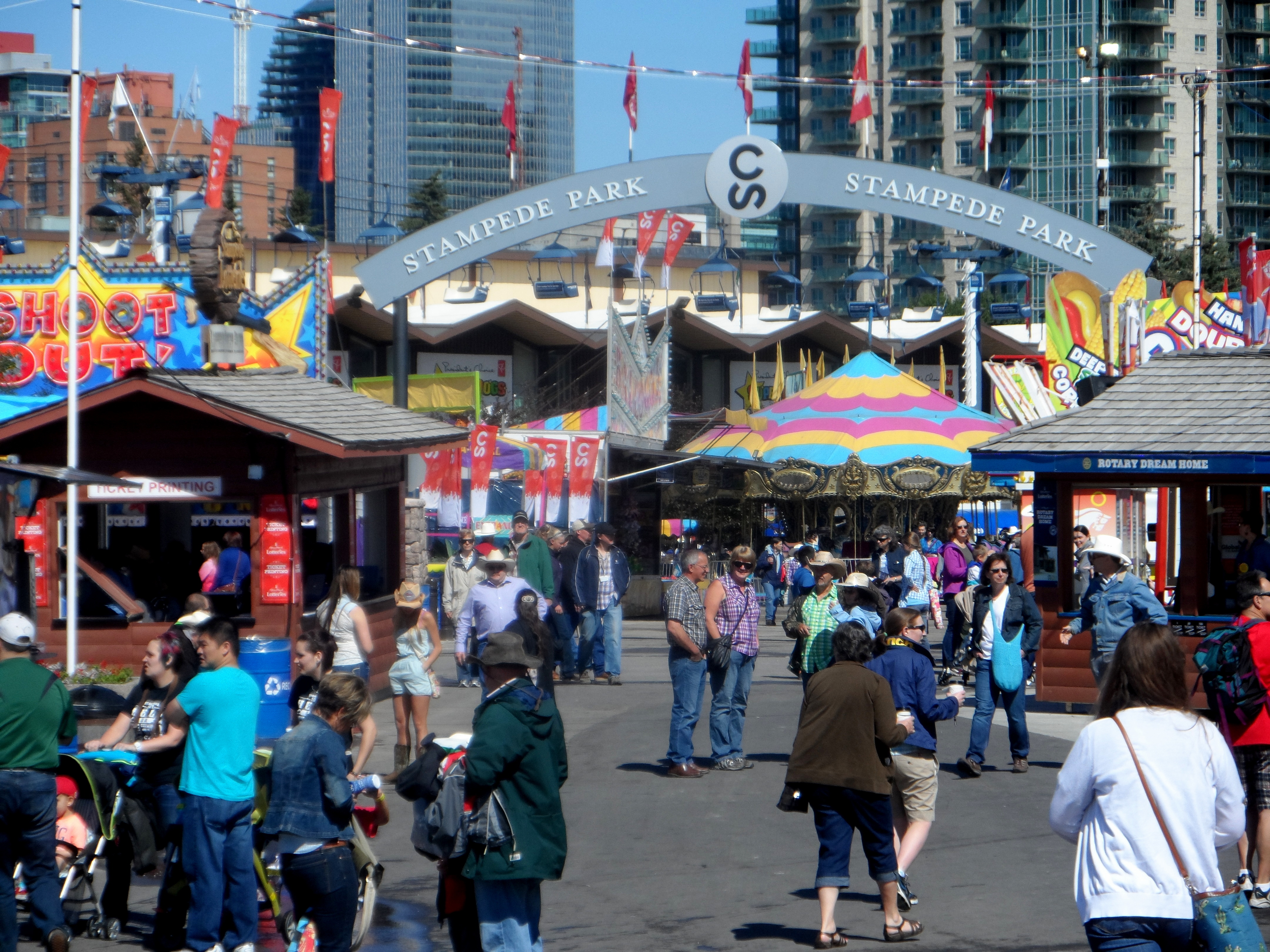 The streets of downtown Calgary were transformed and thrust into a Western theme with bars, restaurants, malls and store-front’s done up with hay bails, mock saloon door entrances and other western props and paraphernalia. Local residents get into the spirit wearing their western wear and country music resonates across the city from inside cars to outside bars. There is no mistaking that rodeo fever is in full swing and this event undeniably courses through the veins of every resident. 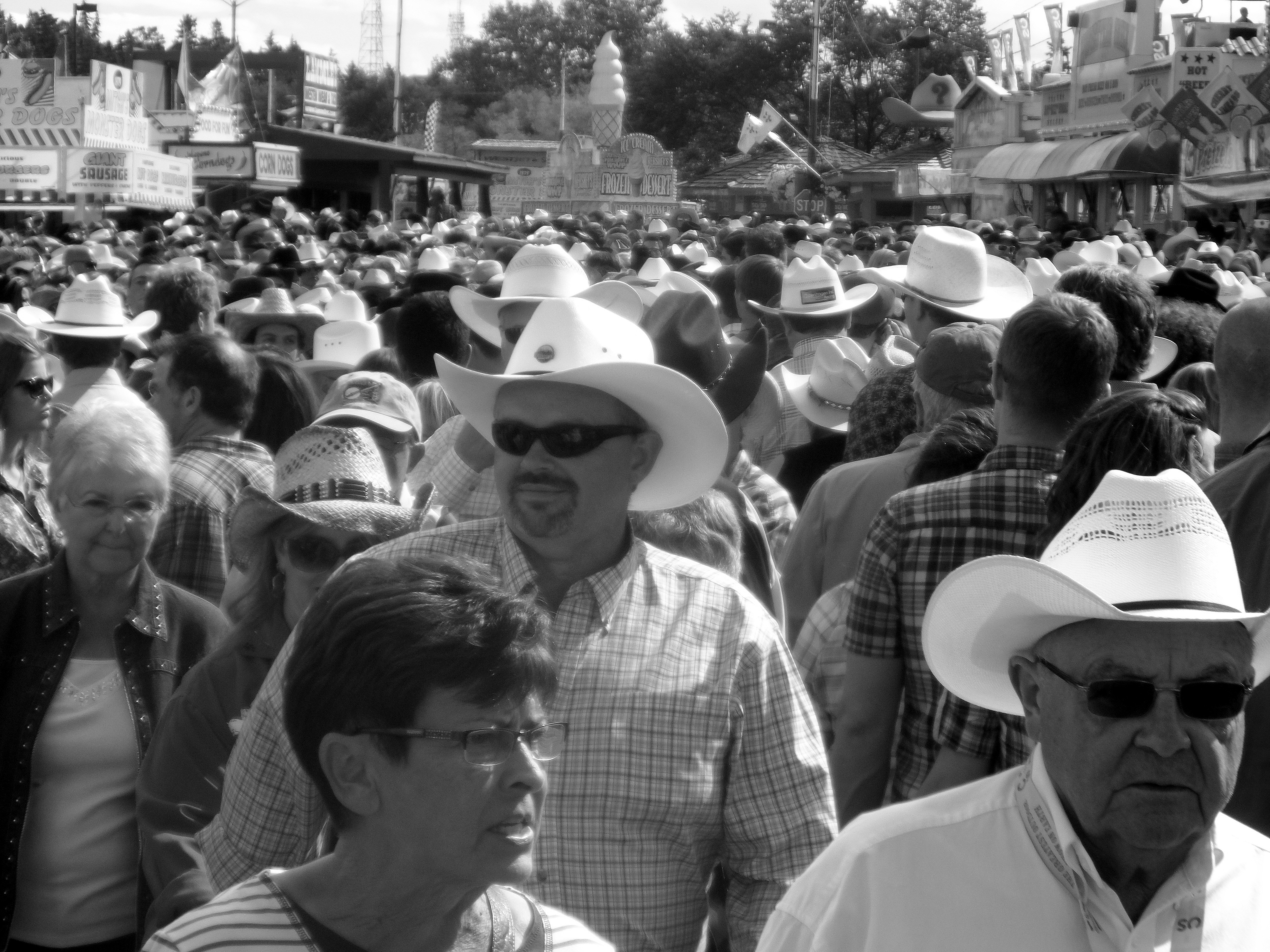 The Stamped grounds were a hive of activity with throngs of visitors enjoying the rides, games, stalls and indulging in assorted culinary treats, most of which I have concluded can be found on a stick; from corn dogs, pizza, fries to deep fried chocolate cheesecake. Stampede time is certainly not the time to be focused on one’s waistline. There is no shortage of entertainment; from roaming performers and marching bands, to high-energy motor cross and jet ski stunts, dazzling animal acts, endless stalls and markets, agricultural displays and competitions right through to the Nashville North tent which puts on a variety of country western singers and bands and sees visitors scrambling to get through the doors. 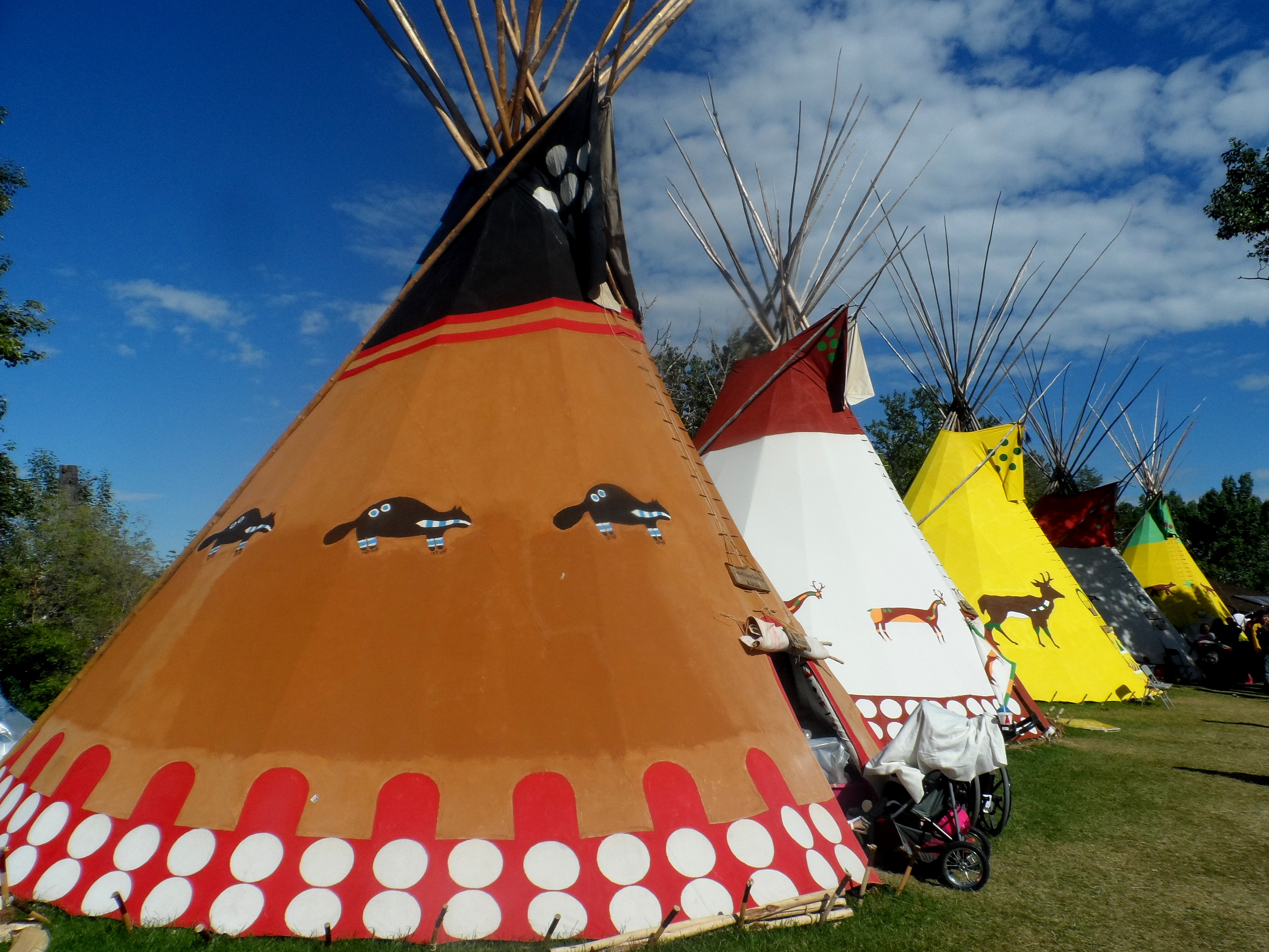 The stampede also pays tribute to its First Nations People, with the “Indian Village”, located on the Elbow River, showcasing native traditions in the tipis-village and culture with music and dance represented across the five nations. 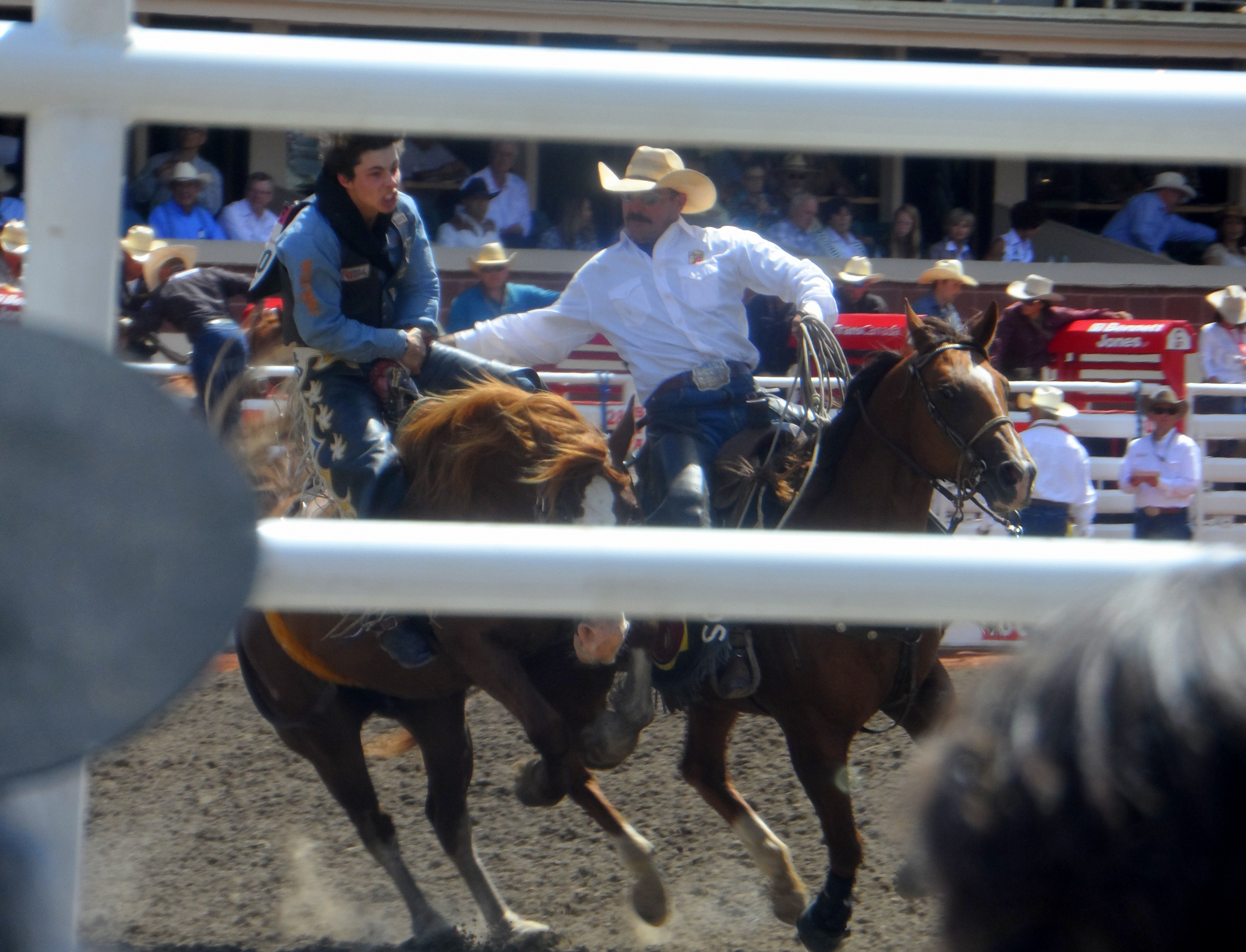 The highlight of course was the Rodeo itself, which pits the best of North American riders, wranglers and cowboys against one another in a series of action packed events from steer wrestling, bull riding, bare-back riding, tie-down roping, saddle bronco and steer wrestling, all in the hopes of claiming the title and cheque during the $2 Million Rodeo. The chuck wagon racing also proved to be a huge attraction as teams battled their way in the “half-mile of hell” race. 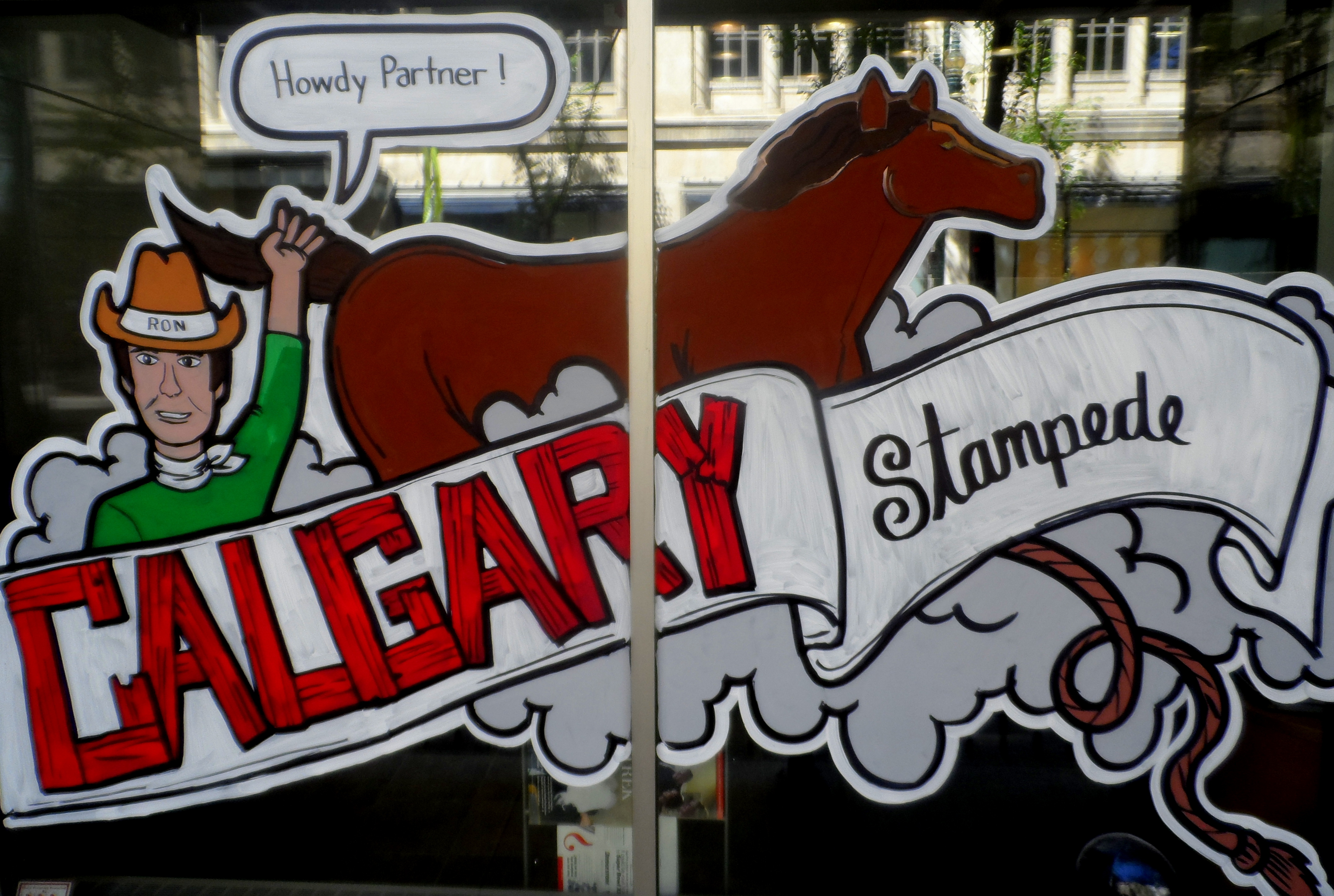 A day at the stampede culminates in a dazzling show stopping live spectacle on the TransAlta Grandstand Stage which features the legendary Young Canadians of the Calgary Stampede and the Stampede Showband and this year were joined by the Alberta Ballet, Calgary Opera, Dalls Arcand and Treaty 7 First Nations Groups, Raghav, KISS Tribute Band “Destroyer” and international acts from Beijing. The outstanding show, features Cirque du Soleil style acts, aerial acrobatics, puppetry, opera, theatre, song and dance in a high energy, well choreographed, lighting extravaganza with special effects, pyrotechnics and a bountiful fireworks display to simply blow you away.   The show ended with a tribute to volunteers, stampede staff and the spirit of Calgarians who triumphed through the devastation and still managed to pull off a world class event.

HATS OFF TO CALGARY …  WE SALUTE YOU 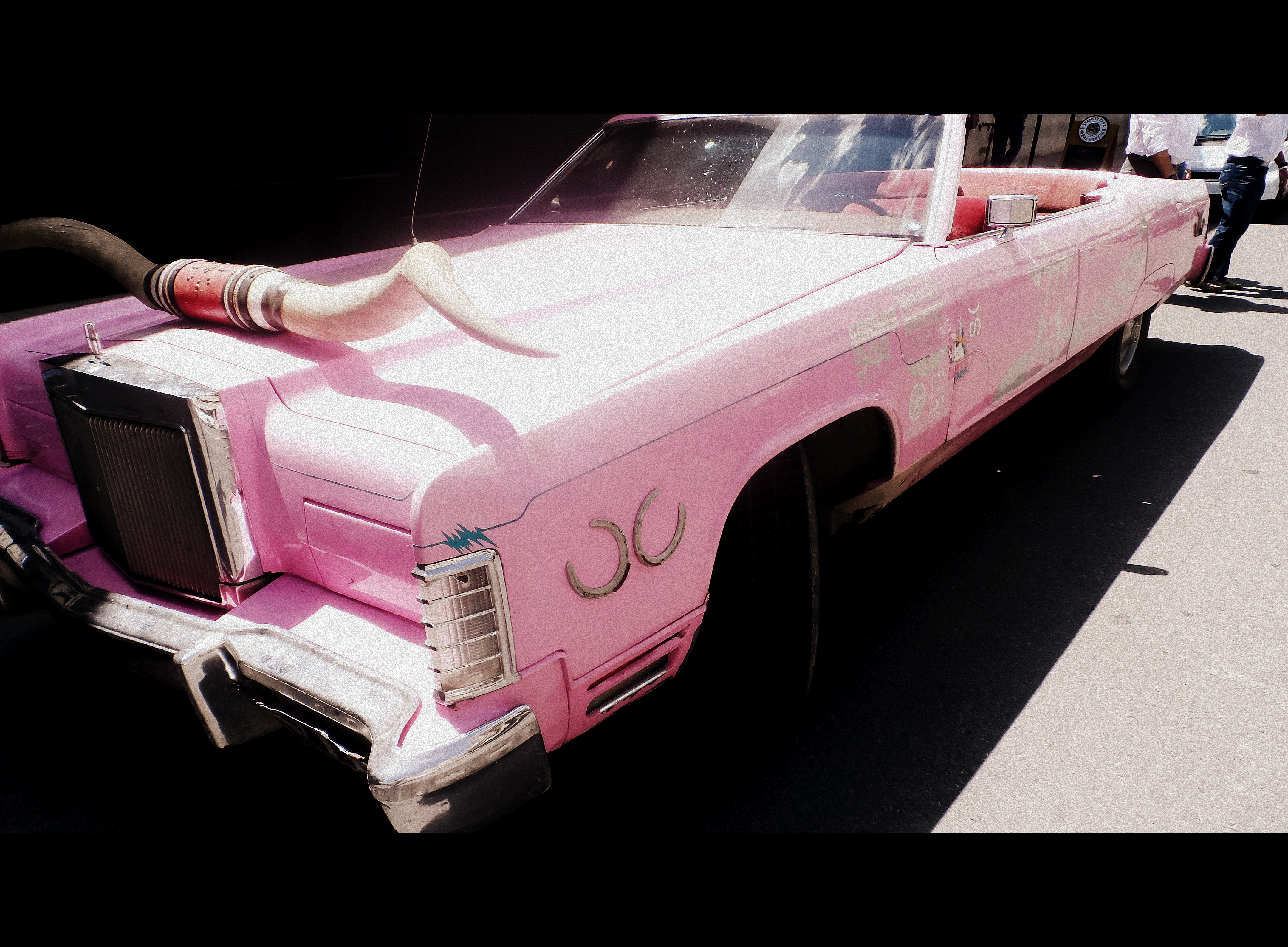