Over the years, the role of fighting in the NHL has gradually diminished. It still happens, however, sadly not to the extent that it did in the past. There are a few rules and regulations in place that restrict some aspects. However, that being said, the ‘enforcer’ (albeit not expressly named this on the team sheet) is an incredibly important role for any NHL team. It allows the team to control the flow of play along with helping to bring the crowd back into the game. Below, we are going to take a little peek at what are regarded as, some of the greatest fighters in NHL history. 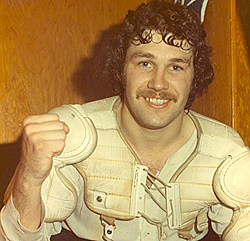 This guy, from Saskatchewan, earned the nickname ‘The Hammer’. He played for the Philadelphia Flyers throughout the 1970s. Anybody who was around during this period will know that the Philadelphia Flyers were absolutely packed with good fighters and, yet, Dave Schultz stood head and shoulders above all of them.
During a single play-off campaign, he spent 139 minutes in the penalty box. This was huge considering it was just 17 games. In the 1974-75 season he was in the box for 472 minutes good for an average of 4 minutes per game, the highest rate ever. 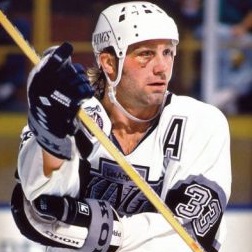 This guy, Ontario born and raised, has the fourth-most penalty points in all of NHL history. He, currently, holds the distinction of being the only ‘fighter’ in an NHL game to not only face criminal charges but also end up being convicted. This occurred in a match against the Boston Bruins. He whacked Donald Brashear over the head with a stick, sending him promptly to the ground. He ended up suffering a serious concussion. Marty was found guilty of assault.

He achieved 200 minutes each seas for five consecutive seasons (at a minimum). One of the reasons why he was such a brilliant enforcer was not just because he was brilliant at ‘enforcing’, but he was actually pretty decent at scoring points too. In the 1977-1978 season, he spent 211 minutes in the penalty box. He did, however, score 90 points for the Bruins.
Over 891 games, he achieved 2000 penalty minutes. 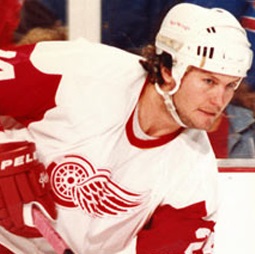 He achieved 3,000 minutes in over 930 games. Ask most people and they will tell you that Mr Probert is one of the best fighters that has ever been around. You only have to look at a few videos online to see how well he grapples with opponents. He has fought against some of the best in the business and, more often than not, he has come up trumps as a result. 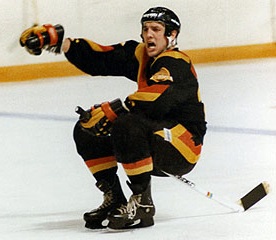 He earned the nickname of ‘The Tiger’. He has the all-time NHL record for penalty minutes. Over the course of 14 years, he spent over 4,400 minutes in the penalty box. He hit over 300 minutes of ‘penalty time’ in six different seasons. He went over 250 minutes over 10 times. He was pretty decent at scoring too. He achieved 241 goals over the course of his career.
To date, this is the only enforcer to release his own cookbook.

Did we miss your favourite? Let us know in the comments below.