The Amazing Race is a reality show unlike any other and a well and truly established television format that leaves viewers on the edge of their seats each week as they watch contestants partake in a nerve-wrecking, heart stopping frenzied race across the world. The TV Format was developed and created created by Elise Doganieri and Bertram van Munster and took off as Jerry Bruckenheimer’s production company produced the US Version of the show which lead to it’s global distribution and success in territories around the world, landing it numerous Emmy Awards for outstanding-reality competition programme.

The likability of US’s, New Zealand TV Host – Phil Keoghan has also driven the success of the series landing it an outstanding 23 Season’s and there is no sign of the show taking a pit stop just yet.

Well, The Amazing Race has now come to Canada as it enters its first season on Canadian Television. 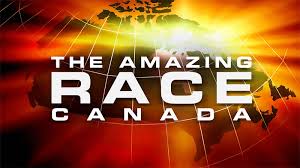 The popular reality game show format based on the US Version is locally produced by Insight Productions in association with Bell Media and broadcast for CTV.

The show differs somewhat in that it is titled “The Amazing Race Canada” and sees 9 teams of 2 race across the vast, sprawling and diverse provinces and territories of Canada, rather than across the world. 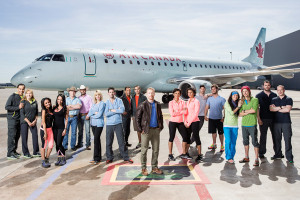 The show is hosted by Canadian Olympic Champion Jon Montgomery who rose to prominence after earning himself a gold medal at the Olympics for Skeleton Racing.

For those not familiar with the show.
The series follows teams who already have some pre-existing relationship (father-son, best-friends, husband-wife teams) as they race each other across destinations using multiple forms and means of transport. Along the way teams have to complete tasks, guided by “Route Markers” and “Route Info” cards. The tasks and challenges designed tend to reflect the local culture from the country or destination visited. Along the way the teams face many obstacles from within the game, such as the dreaded “U-turn” and “Detour’s”, to obstacles which emerge from the race itself. Whether it is delayed flights, broken down vehicles, injuries, to personal fall outs amongst competitors, the race is a true test of patience and endurance. 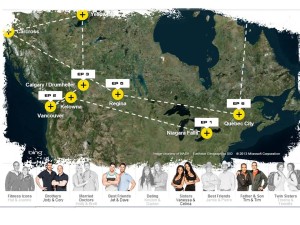 But how does a series of this nature compare to the original American version which has such a strong identity and presence in the minds of viewers and reality TV show fans.

Being an avid fan of the TV format myself and working in reality Television, I think the first Canadian season is a good start to a brand which will no doubt resonate and capture the attention of Canadians near and far. My initial thought and concern was how would a travel competition series like this fare, confined to the borders and boundaries of only the country of Canada, whereas other versions encompass a wider geographic net around the world, allowing the viewer at home to go beyond borders and expose themselves to the world at large through the series, all while on the edge of their couch.

Would we as viewers get a sense of being transported around to varied sites and locales and experience the nuances and different microcosms of culture within the country or would it simply come across as being one homogeneous distinctly Canadian Culture, leaving the viewer without really having gained much insight into the unknown, which is what viewers also thrive for in series like The Amazing Race, Survivor and similar formats.

After watching the initial episode I quickly realized that Canada as a film set and location has so much to offer. Firstly, not only is Canada so much larger than any other country around the world with an overwhelming landmass to call its own but it has such diversity and distinct cultures within and across each of its 10 provinces and 3 territories. The diversity of destinations and local sites from jaw-dropping mountains in the Rockies, barren lands in the South of Alberta, snow-capped peaks across British Columbia, small icy towns across the territories, modern metropolises like Vancouver and Toronto, endless golden plains across the prairies to scenic maritime coastline in the East, there is no shortage of destinations to showcase. Together with the myriad of scenery to choose from, Canada has a vast and diverse cultural make-up of Asian, French Quebecois, Ukrainian, Irish, Scottish and other European influences. 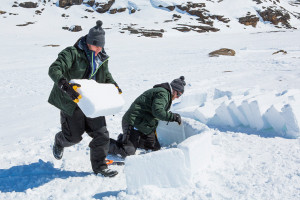 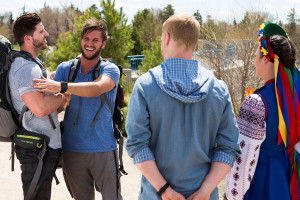 In one episode you can be thrust into experiencing the life and culture of Cowboy’s in Alberta, Native and First Nations groups up North, Ukrainian influence and culture in Saskatchewan, French flare in Quebec and the frenzied city life across Canada’s main cities. Canada certainly is a country with a myriad of sites and culture to encounter. 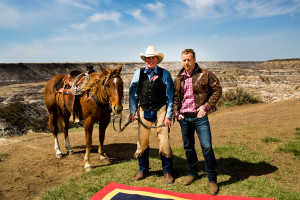 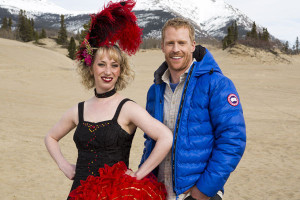 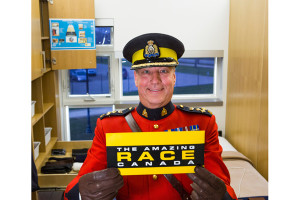 Season 1 is already mid-way through airing and I for one am hooked each Monday evening.

To find out more and follow the race as it unfolds visit: