The term “Lame Duck” (referring to a person in the last year of a contract) is thrown around in sports quite often nowadays, over used in a lot of cases actually but will never apply to the Toronto Blue Jays “new old” Manager John Gibbons.

General Manager Alex Anthopoulos confirmed earlier this spring that thanks to a unique clause in the Managers contract if Gibbons is not releaved of his duties by January first of any given year an additional club option will be tacked on to eliminate any worry of having a bench boss is the last year of a deal.  The possibility of a “Lame Duck” Manager now removed  from the Jays conversation should help eliminate one of the most highly media focused upon points in recent sports history.  Gibbons is by no means guaranteed not to be fired at any point but now has the luxury of avoiding relentless questioning about his contractual status.

The wait is almost over now with only days now before the April second opening night.  The Jays have wrapped up their pre season schedule and are on their way to Toronto to with many already arriving. 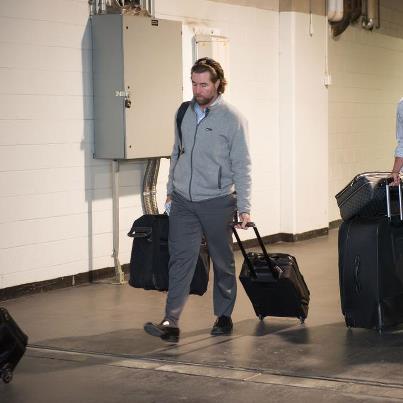 The excitment is building in Toronto as new staff ace R.A. Dickey is set to start the opener against the Cleveland Indians on Tuesday.  Look out for Awesome Canadas Jays Preview coming very soon.

Also former Blue Jays World Series winning Pitcher Jack Morris is the newest member of the radio broadcast team and Jays fans have gotten to hear the former player through out the spring, Morris replaced the departed Allan Ashby who left earlier in the off-season to work for his home town Houston Astros.

Be sure to keep tuned into Awesome Canada for the latest breaking Canadian news, Canadian reviews and the most up to date Hockey news and NHL trade rumours as well as the latest on the Toronto Blue Jays, Canadian MLS teams, the CFL and the Toronto Raptors. If you have a story or article idea you would like us to feature please feel free to email us or to fill out our contact form, and we will be sure to investigate and possibly feature your idea. Dont forget to sign up for Awesome Canada’s latest contest for your chance to win a great prize.