With the support of Health Canada, IKEA Canada has initiated a full recall of the LATTJO drum stick sets. While this is a precautionary (as no injuries have been reported worldwide),  there have been six reports from IKEA store co-workers that the rubber ball on the drum sticks can detach or be unscrewed. A loose rubber ball can attract smaller children and in a worst case could lead to choking.

While IKEA says the LATTJO drum sticks are tested and approved to applicable toy safety standards, after subsequent investigations they identified risks that the standards do not address.

LATTJO drum sticks have been sold in all IKEA markets since November 1, 2015.

Customers should return their LATTJO drum sticks at the Returns & Exchange department at their local IKEA store or call IKEA Customer Service toll-free, 1-800-661-9807 for a full refund. Proof of purchase (receipt) is not required by IKEA for this recall. 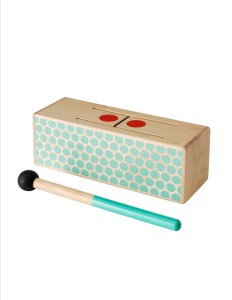 A similar product not sold in Canada, the LATTJO tongue drum, which contains one drum stick similar to the ones identified above, is also being recalled by IKEA in the United States and in other IKEA markets. The risk is the same as identified above and no injuries have been reported with this product either. In the event that anyone in Canada has such product, it can be returned to any IKEA Canada store for a full refund, again with no proof of purchase required.