Canadian television has struggled finding original ideas for years, rehashing franchises from the U.K. and our southern neighbours, while providing little in the way of truly unique Canadian programming, until now that is.  With the premier of Last Car Standing  finally arriving Monday night on Discovery, Canada is set to have a series to call our own that waves the Maple Leaf, impales cars, and screams awesomness.

Last Car Standing gives contestants a chance to win $10,000 in automotive upgrades through a series of escalating challenges, or each episodes winner can choose to trade up and shoot for the series Grand Prize of $50,000 in upgrades by returning for the season finale.  Many of the cars involved didn’t cost anywhere close to $50,000 when they were brand new so the opportunity to reward the old beater that has become a part of the family with a full restoration is just to tempting for most to pass up.  Most of the rusted,rattling wrecks on the show mean more to the contestants than they realize not to mention some were acquired for as little as a cup of coffee, but the one thing they all have in common is they are in serious need of help.

Awesome Canada had a chance to catch up with the shows host Christian Potenza recently, and through all the salesmanship involved with promoting a new series, one thing resonated throughout the conversation, Pride.  Potenza is a self-proclaimed “proud Canadian”, who beams with excitement for his new gig.  Last Car Standing represents an opportunity the veteran actor never thought possible.

“If you had have told me ten years ago that I’d be hosting a car game show on Discovery, I would have said…okay”,  Potenza said with a smirk that spoke louder than almost anything he said all afternoon.  “I’m just so proud of the show”

And with good reason,  LCS is new, fresh, and full of personality.   It’s not often that a host takes a back seat view of the action, but Potenza realizes who’s show it is, “its (the contestants) show, I’m there to help tell their story.”  Be it “holding grown men as they cry”,  or laughing hysterically with them as they see a huge claw grab their beloved old beater and ram it down onto the soon to become infamous 36 foot giant metal spike,  Potenza is the perfect  guide through the contestants roller coaster of emotions captured in an hour.

The over whelming response to LCS before an episode has aired is proof positive that Canadians are hungry for a new player on the semi-scripted reality show scene.  The fact that long before Mondays premier of season one, Proper Television (the shows production company) had already started the hunt for season two characters and their cars, well that shows über confidence surrounding the new franchise. 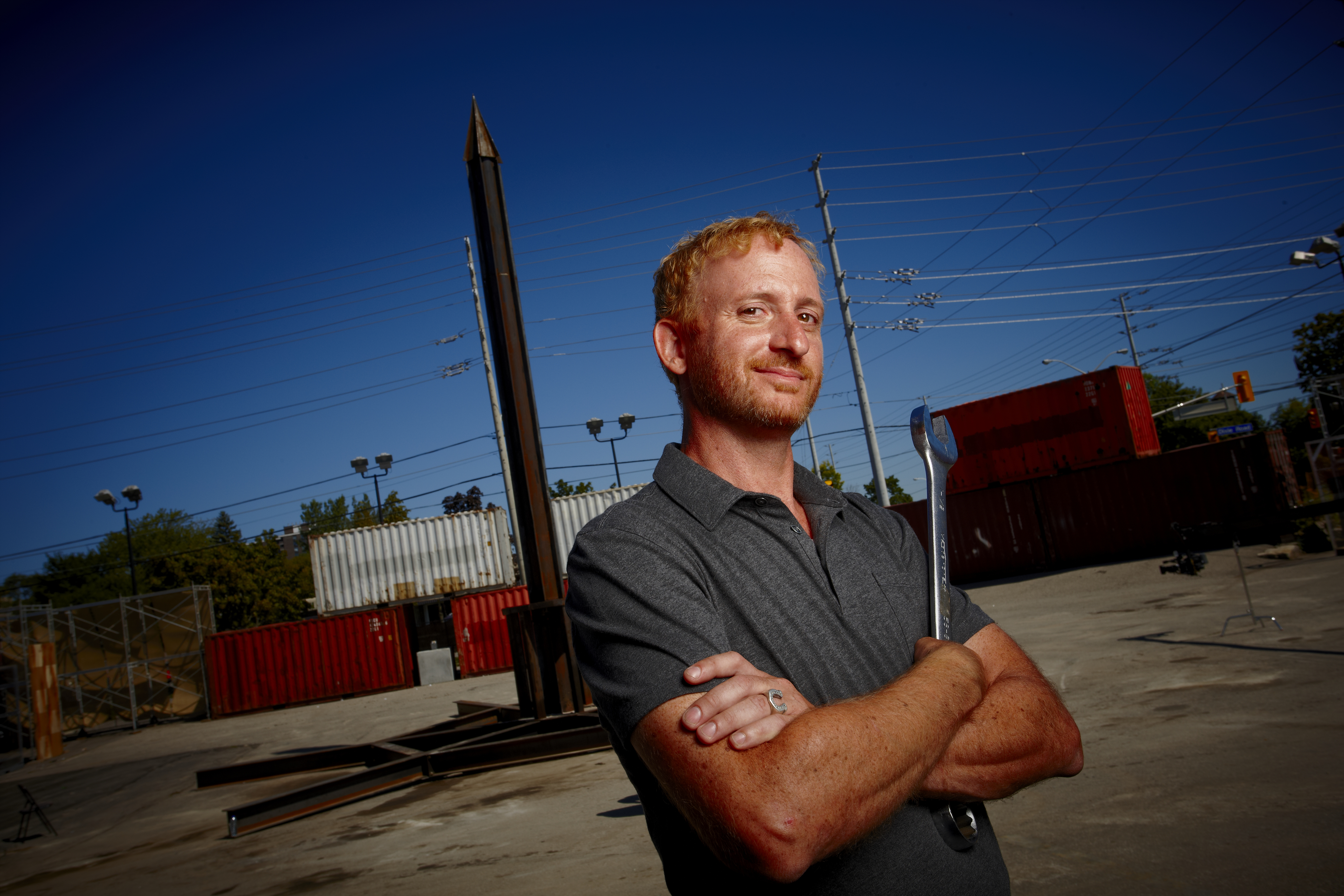