Netflix has begun a revolution; and chances are, you’re in it. What began as a DVD rental service in 1998, has almost single handedly changed how we watch our television. There’s no more of those “weekly” limits, and there are many series original to Netflix. Predictably, Netflix is as big as NBC broadcasting!

Breaking Bad and House of Cards are just fine. But there are many other lesser-known, critically-acclaimed shows, that receive a lot of love. Here are some that’ll make your Canadian weekend truly enjoyable! 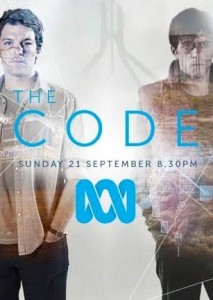 The Code is a tale of two brothers based in Canberra, Australia. It all begins when Ned Banks uncovers a mysterious accident with the help of his “ethical” hacker brother, Jess Banks. Ned is small time internet journalist, who is looking for a break. Ned sees this mystery as his shot – not at all  realizing what he’s getting into.

The brothers become wrapped up in a cover up that involves a remote outback community and some of the highest ranking members of the Australian Government.

The show received a resounding 7.6 rating on IMDb, as well as a bit of exposure. The Code also previously aired in Canada, but now it’s on Netflix for all to enjoy. Be ready to quickly binge watch The Code, and then despise the fact it (along with a slew of other great shows that ended before their time) has only 6 episodes. 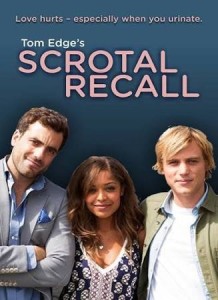 Scrotal Recall is a good show gone awry. It has all the makings of a top flight show – great acting, clever humor and good reviews. So what is holding it back?  It had a name that was simply gross, and the general public never seemed to get behind it.

Despite the name, as you jump into the episodes, you’ll quickly find why big publications like The Washington Post called it “a great show.”

Scrotal revolves around Dylan (Josh Flynn), who is diagnosed with Chlamydia. He must contact all his previous sexual partners and inform them about his disease. I’m sure your imagination can take it from there as hilarity is about to ensue.

The show is another short series binge watch option as it contains only 6 episodes, but it was good enough to receive a rating of 7.9 on IMDb, probably in large part due to the noteworthy comical performance by Josh Flynn.

Daniel Holden – accused of rape and murder – is released from jail. After spending 19 years behind bars, his release comes thanks to DNA tests that support (or more accuratly, puts into question) his innocence. Daniel (played by Adam Young) is a free man. Or perhaps not!

As soon as he enters the outside world, Holden quickly realizes that he simply is not welcome. The case and Daniels subsequent release has his entire town of Paulie, Georgia  divided.

As Holden attempts to put his his life back together, he does his best to find his place while living in his mothers house with a very different family dynamic than the last time he lived there. Rectify shows how crime can affect a community on a much larger scale than just those directly involved.

It received heavy critical acclaim. Rotten Tomatoes gave it a 90-percent rating. While Los Angeles times called it “mesmerizing.” Rectify also received the Peabody award. A must watch for anybody into deeper plots and great acting.

The 100 follows a nuclear Armageddon which has destroyed civilization on Earth, with the only survivors being those on the 12 international space stations in orbit at the time.

Three generations have passed and the 4,000 space dwelling survivors living on a floating “ark” of linked space stations are running low on resources. Desperately seeking a solution, the ark’s hierarchy send 100 juvenile prisoners back to the planet surface to test its habitability.

What they find is anything but expected and they quickly realize that the nuclear fallout it the least of their worries.  The 100 is a highly addictive show that is still a work in progress with developing story lines and weekly episode updates. Binge watching whats available now, and then waiting for a new weekly episode makes for a bit of a different Netflix experience.

Hit & Miss has a cheeky tagline, “She’s not your Perfect Dad.” And that is exactly what the story revolves around.

Mia (Chloë Savigny) is a transgender, high-octane assassin. Our hero discovers that she has fathered a son, with her ex-girlfriend, who died of cancer. Mia – not being a “perfect dad” – continues her thrilling job as a murderer for hire though. The show is all about how she learns to be a father, without putting a stop to her adventures.

It received critical praise – most of which is for Sevigny’s performance. Meta Critic gave it a 72 out of 100. Like ‘The Code,’ this 6-episode show is perfect for weekend binge-watching