Gene Boy Came Home is the heartfelt story of a Native Canadian man who served in the U.S. Marine Corps during the Vietnam war.  Directed by First Nations filmmaker Alanis Obomsawin the film is produced by the National Film Board of Canada. The documentary chronicles Eugene “Gene Boy” Benedict and struggles through his early years as an orphan, his military time and finally his post military life. A native of  the Odanak Indian Reserve, approximately an hour and a half east of Montreal, Benedict left for work to the United States at the age of fifteen.

The film reveals real life struggles of both Native Canadians aswell as ex-military personel.   From the well documented Americen Goverment mistreatment of their soldiers to Canadian reservation issues, there is an awful lot jammed into just twenty four minutes and in my humble opinion and requires at least a second watch if not a third.

Adding even more to the story is the fact that shortly after the final scene was shot, Benedict died at the age of fifty nine.  As Candians we often underplay the role the Native peoples have played in the development of this Country, Gene Boy Came Home is a great example of some of the many contributions of our First Nations Peoples and some of the hardships they have endoured.

This documentary is worth a watch for anyone interested in stories of the First Nations Peoples or  Military history. 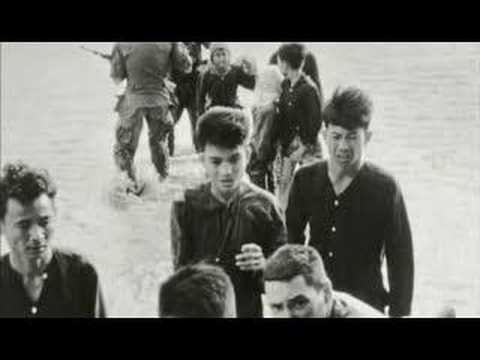