Beverly Hills, Calif.- Netflix Inc. announced yesterday they have reached a new multi-year licensing agreement with the National Film Board of Canada (NFB), adding more than 20 Canadian documentaries and renewing NFB titles already on the service for Netflix members in Canada.

Starting today, Netflix members can enjoy exclusive subscription video-on-demand access to a wide variety of documentaries from Canadian filmmakers, including popular titles such as Helicopter Canada, Life with Murder and The Boxing Girls of Kabul (below). The deal includes films in English, French, Thai and Farsi. 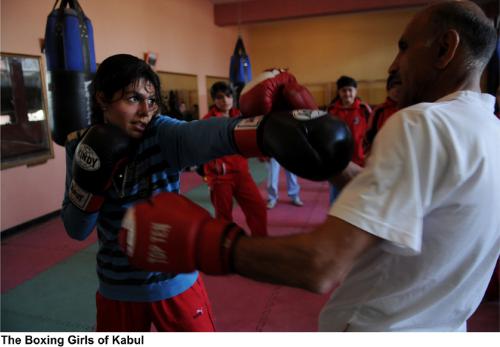 “We are pleased to extend and expand our relationship with the National Film Board of Canada, one of Canada’s most important cultural institutions,” said Sean Carey, Vice President of Content for Netflix. “This deal represents the rich variety of perspectives in Canadian filmmaking and we know our members will enjoy watching them whenever and wherever they want.”

“This latest agreement with Netflix underscores the appeal of great documentary storytelling to audiences everywhere. As a Canadian leader in socially engaged point-of-view documentary cinema, we’re committed to making these works available to audiences on the platforms of their choice, and are delighted to be able to expand our offering with Netflix, who’ve revolutionized the way people experience content online,” said James Roberts, NFB Assistant Director General of Accessibility and Digital Enterprises.

Many titles in this deal are streaming now, with more additions to launch on the service in early 2014.