In a new single, Drake raps about the brazen shooting at an east-end Toronto block party last summer that left two people dead and more than 20 wounded.

The shootings at a neighbourhood barbecue outside a public housing complex on Danzig Street killed Shyanne Charles, 14, and Joshua Yasay, 23, both of whom police have said were innocent partygoers.

As a featured artist on rapper-turned-reggae artist Snoop Lion’s new track “No Guns Allowed,” the 26-year-old Drake raps about the “one summer day that went horribly wrong.”

In the song, the Grammy winner remembers receiving a tearful phone call from a friend in Toronto after the killings.

The emotional verse ranges from a critique of the justice system to a condemnation of gun violence.

“Told you no guns and you didn’t listen/ Life is so heavy with that on your soul/ Dedicate this to Shyanne and Josh/ And pour something out for the lives that they stole,” raps the locally reared rap star, who ends the verse by calling out Toronto’s three-digit area code: “416.”

The conscious song is expected to be the second single from “Reincarnated,” the upcoming album from the artist formerly known as Snoop Dogg.

The disc, Snoop’s first foray into reggae, will be released on April 20.

Drake, meanwhile, will release his third album, “Nothing Was the Same,” this summer.

First single “Started From the Bottom” has reached No. 6 on the U.S. Billboard chart. 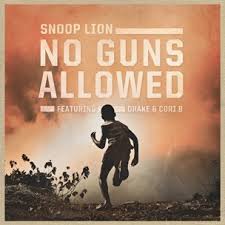