Whirlscape Inc., a Canadian tech start-up, has developed Minuum, “the little keyboard for big fingers.” Minuum is a tiny, one-dimensional keyboard that frees up mobile screen space while allowing fast, accurate typing. Its specialized, patent-protected auto-correction algorithm corrects highly imprecise typing. This algorithm, based on the touchscreen and wearable device research of company founders, Will Walmsley (researcher) and Khai Truong (associate professor) at the University of Toronto, configures the difference between what you type and what you mean, in real time, getting it right even if you miss every single letter.

“While our mobile devices are becoming smarter and faster, the keyboard has coasted into the 21st century essentially unchanged from the days of the typewriter; now we’re stuck with keyboards that cover up half a smartphone screen but don’t make up in accuracy what they take up in screen space,” says Will Walmsley, CEO of Whirlscape. “Realizing we could minimize the keyboard while maintaining accuracy was the eureka moment. We’ve changed what a keyboard needs to be, enabling a future of typing with wearable technology.” Minuum improves mobile typing by: 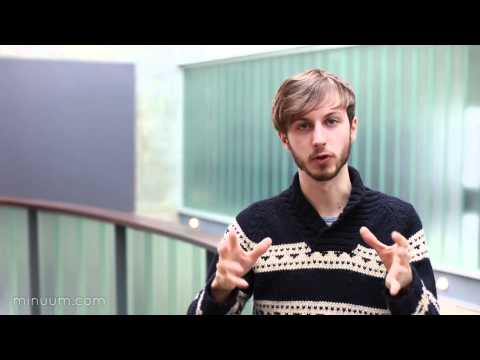 The Minuum touchscreen keyboard is the first step of the Minuum project, which seeks to bring simplified typing to mobile and wearable devices. The Minuum layout is “one-dimensional” because it presents a continuum of letters, laid out in a row.

The simplicity, size, and accuracy of Minuum make it the perfect keyboard to fit into the future of wearable computing. While the first implementation of this technology is for smartphones and tablets, its type-anywhere implications are far-reaching.

To bring a tiny, user-friendly, accurate keyboard to mobile devices and give users back their screen space, Whirlscape is aiming to raise $10,000 on Indiegogo from March 18 to April 17, 2013 (three days in to their campaign and they have smashed that goal by collecting over $45 000, proof that the market is desperate for a new way of typing). The campaign will fund the launch of an Android keyboard app, along with an iOS (iPhone, iPad) keyboard for developers to put into their apps.

The Minuum keyboard’s beta version will be available for technology journalists to test for free in June 2013.

Minuum has the potential to be a game changer in the way we use our mobile devices, and even in future currently in development smaller devices.  Its about to change the way we type on our mobile phones and its 100% Canadian